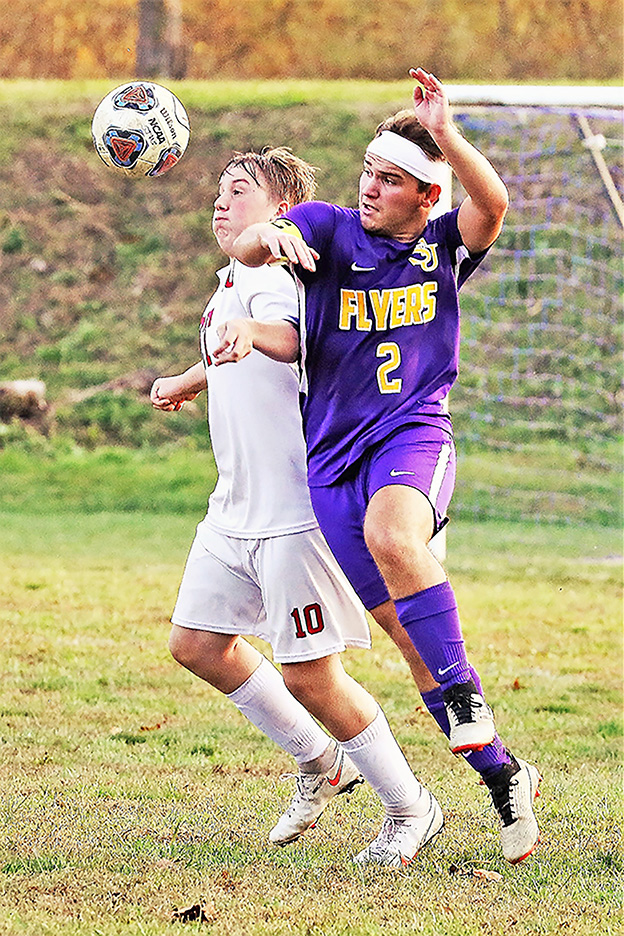 IRONTON — The St. Joseph Flyers are liking this back-to-back stuff.
After winning back-to-back Southern Ohio Conference championships, the Flyers shutout the Zane Trace Pioneers 7-0 on Wednesday to claim their second straight Division 3 sectional title.
“The kids have worked really hard to get back here and have the opportunity to advance and they did that today,” said Flyers’ coach Mike Balestra.
“But our kids aren’t satisfied. They want to keep this going. Hopefully, we can play well the next game try and keep the momentum going.”
St. Joseph (16-0-1) will now play Minford at 11 a.m. Saturday in the district semifinals. That winner will advance to the district finals Thursday, Oct. 29, at noon in Waverly and that winner advances to the regional tournament.
Jackson Rowe racked up a hat-trick with three goals, Bryce Balestra had a brace with two goals and Zachary Johnson and Matthew Sheridan added one goal each to account for the Flyers’ scoring.
Besides the scoring, Johnson and Balestra had two assists each while Michael Mahlmeister and Rowe had one assist each.
Flyers’ goalkeeper Jimmy Mahlmeister had five saves as Zane Trace had 12 shots with five on goal. St. Joseph had 18 shots with 14 on goal.
St. Joseph had five fouls, three offside penalties and 14 corner kicks. Zane Trace had two fouls and one corner kick.
Pioneers’ goalie Jerry Elbert had seven saves.
Zane Trace 0 0 = 0
St. Joseph 4 3 = 7