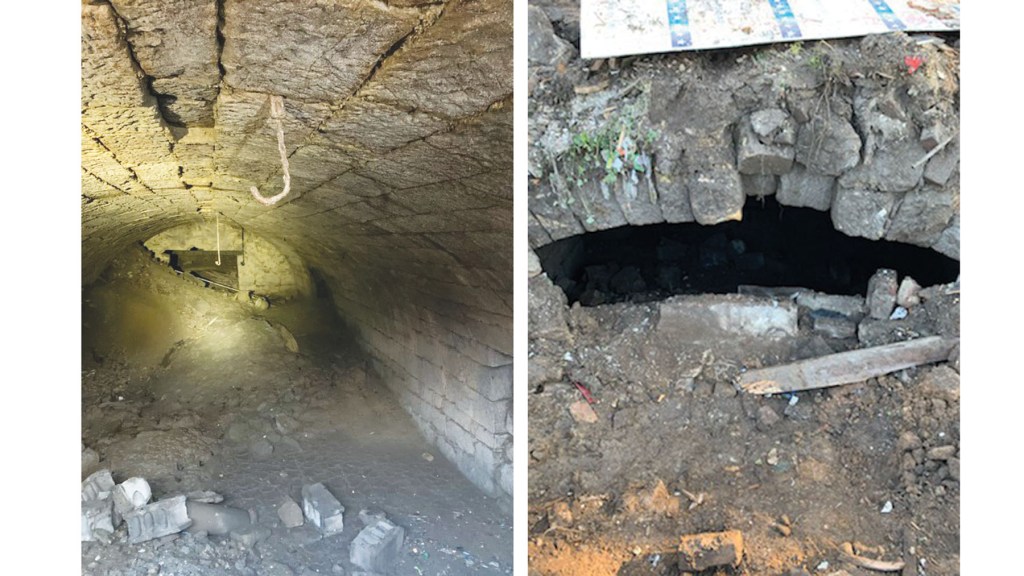 A demolition crew for Lawrence County’s land bank was a day into their work of taking down an abandoned home on Wednesday when they made a discovery.

A two-chamber room was found under a home 326 Pine Street in Ironton, Tom Schneider, with the land bank, said.

The structure was empty and the latest blighted structure demolished by the land bank, which has knocked down more than 250 structures in the county.

Schneider said when crews first hit the room, they thought it was cistern.
“They shined a light in it and realized it was a horizontal space,” he said.

They first used a sniffer to check for fumes and revisited it the following day.

Schneider said the room is 85 feet long, 75 feet wide and 10 feet tall with an arched ceiling and two chambers.

He said they estimate it may have been constructed as early as the 1850s, possible as part of the breweries in the area.

He said they will be sealing it up and bringing in historians to examine it.

“And we’re thinking of preservation,” he said of the space.