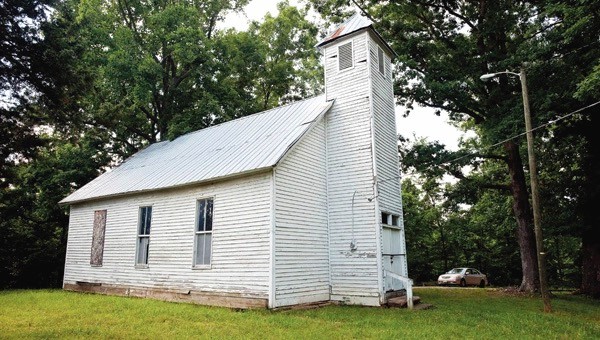 BURLINGTON — The National Park Service announced that the National Underground Railroad Network to Freedom program has accepted a listing for the Macedonia Baptist Church.

The church joins more than 650 sites, facilities and programs in the National Underground Railroad Network.

Macedonia Baptist was started in 1810, Calvin Vinson, its last member and caretaker of the building, said.

The Burlington area was a major stop on the Underground Railroad for those fleeing slavery in Virginia (now West Virginia) across the Ohio River.

In 1849, many who had been enslaved by Virginia landowner James Twyman were freed upon his death and were provided with land near Burlington. 32 of these people settled near the church.

Joining with the existing congregation, they built a replacement church on Macedonia Ridge. The 1849 church was the religious and social focal point for the black community and became the “Mother Church” for approximately eight Baptist churches that exist in Ohio and West Virginia.

The church was added to the National Register of Historic Place in 1978, because of its architecture and its history. The Ohio Historical Society placed a marker there in 2003.

Vinson said he has been trying to work to preserve the building and has been speaking with people from Marshall University on the prospect of saving it.

“It’s important that we recognize the Macedonia Baptist Church as the place of honor that it should be and pay tribute to the many great Black Ohioans who assisted freedom seekers and welcomed them into the community,” Brown said in a news release. “By recognizing Macedonia Baptist Church, we will preserve the legacy and struggle of those who bravely risked their lives for freedom.”

Progress made on new senior center

CHESAPEAKE — Members of the Sybene-Chesapeake Senior Center got some welcome news this week from the Lawrence County Commission. Commissioners... read more