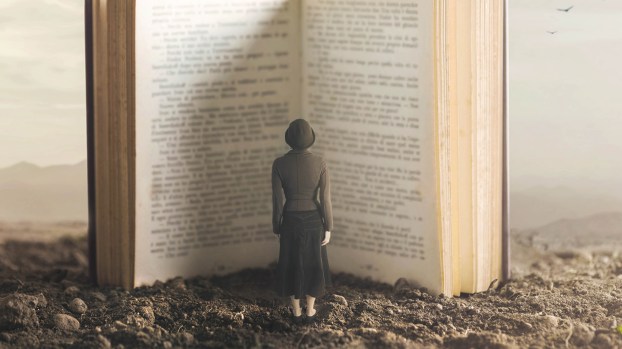 • On Oct. 28, 1962, Soviet leader Nikita Khrushchev informed the United States that he had ordered the dismantling of missile bases in Cuba; in return, the U.S. secretly agreed to remove nuclear missiles from U.S. installations in Turkey.

• In 1886, the Statue of Liberty, a gift from the people of France, was dedicated in New York Harbor by President Grover Cleveland.

• In 1922, fascism came to Italy as Benito Mussolini took control of the government.

• In 1976, former Nixon aide John D. Ehrlichman entered a federal prison camp in Safford, Arizona, to begin serving his sentence for Watergate-related convictions (he was released in April 1978).

• In 1980, President Jimmy Carter and Republican presidential nominee Ronald Reagan faced off in a nationally broadcast, 90-minute debate in Cleveland.

• In 1996, Richard Jewell, cleared of committing the Olympic park bombing, held a news conference in Atlanta in which he thanked his mother for standing by him and lashed out at reporters and investigators who’d depicted him as the bomber, who turned out to be Eric Rudolph.

• In 2001, the families of people killed in the September 11 terrorist attack gathered in New York for a memorial service filled with prayer and song.

• In 2002, American diplomat Laurence Foley was assassinated in front of his house in Amman, Jordan, in the first such attack on a U.S. diplomat in decades. A student flunking out of the University of Arizona nursing school shot three of his professors to death, then killed himself.

• In 2012, airlines canceled more than 7,000 flights in advance of Hurricane Sandy, transit systems in New York, Philadelphia and Washington were shut down, and forecasters warned the New York area could see an 11-foot wall of water.

• In 2013, Penn State said it would pay $59.7 million to 26 young men over claims of child sexual abuse at the hands of former assistant football coach Jerry Sandusky.

• In 2016, the FBI dropped what amounted to a political bomb on the Clinton campaign when it announced it was investigating whether emails on a device belonging to disgraced ex-congressman Anthony Weiner, the estranged husband of one of Clinton’s closest aides, Huma Abedin, might contain classified information.

Ten years ago: Investigators with the president’s oil spill commission said tests performed before the deadly blowout of BP’s oil well in the Gulf of Mexico should have raised doubts about the cement used to seal the well, but that the company and its cementing contractor used it anyway. (The cement mix’s failure to prevent oil and gas from entering the well was cited by BP and others as one of the causes of the accident.) Caroline Wozniacki wrapped up the year-end No. 1 ranking after rallying to beat Francesca Schiavone 3-6, 6-1, 6-1 at the WTA Championships in Doha, Qatar. Stage and screen actor James MacArthur, who played “Danno” in the original version of television’s “Hawaii Five-0,” died in Jacksonville, Florida, at age 72.

Five years ago: Dennis Hastert pleaded guilty before a federal judge in Chicago to evading banking laws in a hush-money scheme. (A court filing later revealed allegations of sexual abuse against Hastert by at least four former students from his days as a high school wrestling coach; Hastert ended up being sentenced to 15 months in prison.) Jeb Bush and Marco Rubio fought for control of the Republicans’ establishment wing in the third GOP debate, this one in Boulder, Colorado, as insurgent outsiders Donald Trump and Ben Carson defended the seriousness of their White House bids. An unmanned Army surveillance blimp broke loose from its mooring in Maryland and floated over Pennsylvania for hours with two fighter jets on its tail, triggering blackouts across the countryside as it dragged its tether across power lines.

One year ago: A wildfire swept through the star-studded hills of Los Angeles, destroying several large homes and forcing LeBron James and thousands of others to flee; a blaze in Northern California wine country exploded in size. The S&P 500 closed at an all-time high for the first time in months; the Nasdaq composite was also near a record.

How low can you go? These skeletons are shown above doing the limbo in front of a home in south... read more