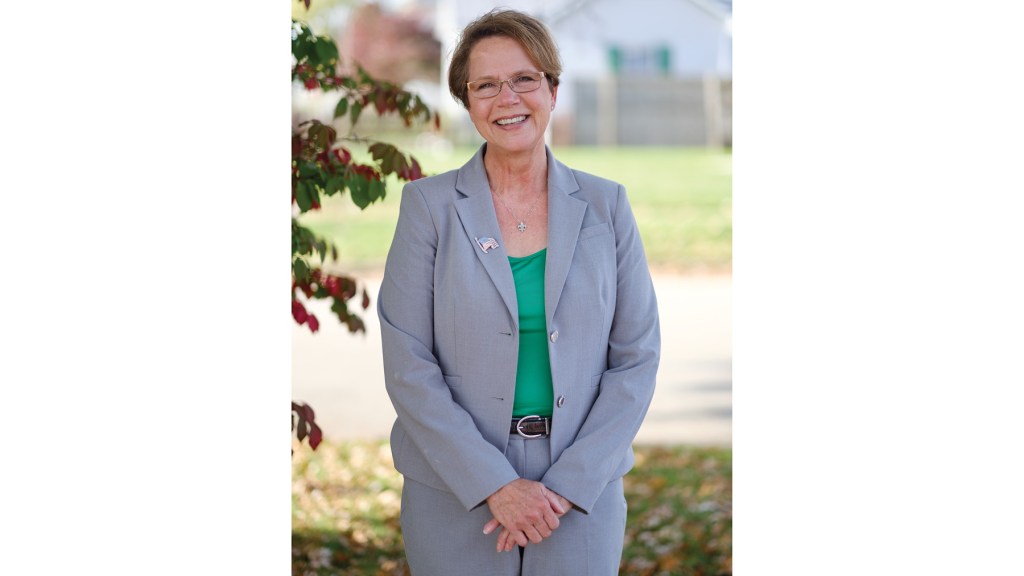 On Tuesday, Ohio voters will be asked to decide on two races for the state’s Supreme Court.

In one, Justice Judith French is seeking re-election and is facing former Ohio Secretary of State Jennifer Brunner.

While, in a second, Justice Sharon Kennedy is being challenged by John P. O’Donnell.

While the candidates run as nonpartisan, French and Kennedy are Republicans and Brunner and O’Donnell are Democrats.

The races, which are being closely watched, could determine control of the state court, with Republicans currently holding a 5-2 majority on the bench.

One of those candidates made a stop in Ironton last week as part of the final phase of a busy campaign schedule for the past two years.

Kennedy was in Proctorville for a campaign event, on the same day she visited Gallia and Scioto counties.

She made a stop by The Ironton Tribune, where she outlined her views and her work on the court.

She described campaigning under the COVID-19 pandemic as “a world of pivot.”

Kennedy first ran for an unexpired term in 2012 and was later re-elected. Now in her third race for the high court, she is seeking her second full term.

She spoke of the system of electing judges.

“I think, for me personally, I believe judges do not make decisions based on party affiliation or politics,” she said. “We run run nonpartisan for a reason. I do not advocate for a party platform.”

But she said what is most informative for a voter is to look at “where are they on the continuum we call judicial philosophy.”

“Do they want a far left, activist, who legislates from the bench and will be outcome determinitive?” she said. “Do they want a centrist, where that judge moves along that continuum, issue dependent, or do they want someone who issues judicial restraint? I think what voters in Lawrence County want is someone who will exercise judicial restraint, so that they are not legislating from bench. If a judge legislates from bench, they are really taking our voice from the General Assembly.”

She shared the words of Evelyn Lundberg-Stratton, one of her predecessors on the court.

“She said, ‘I have the power, but do I have the right?’” Kennedy said. “Yeah, she had the power. She had a pen and, if she could get three justices go with her, she could do it, but she didn’t have the right, constitutionally.”

Beyond the bench, Kennedy worked with Lundberg-Stratton on launching “Lean Forward: Advancing the Treatment of Veterans Across Ohio.”

Through the initiative, Kennedy has met one-on-one with judges around the state, educated them about veterans issues, such as post-traumatic stress disorder, and explaining reasons why service members and veterans fail to self-identify.

“It comes from my desire to want to help people,” Kennedy said. “I’ve done it my entire career. When Eve retired, she had begun really leading the charge in statewide initiatives on problem-solving courts and led the way for veterans treatment courts.”

Kennedy said Lundberg-Stratton asked her, “Why do you want to be a justice?”

“She said ‘Think about power we have as judges, we are nonpartisan. We are not Republicans or Democrats, we are just a judge.’”

Kennedy said she was told by Lundberg-Stratton that she had “left her in the dust,” after she had trained 43 judges and 50 chief probation officers and spoke with 84 of the state’s 88 sheriff’s at their annual convention.

She said it was this a judge’s nonpartisan status that makes it possible to bring legislators to the table.

“And, for me, it wasn’t really about seeing judges and asking them to do a specialized docket — but to also educate them on the tools available to them and partnership working with Veterans Administration that is available to them.”

Kennedy said she thanks voters for their support and hopes to continue her work on the court and the initiatives on behalf of veterans and others.

“It helps us to change lives across Ohio,” she said.

Kennedy is the latest court candidate to come through Lawrence County.