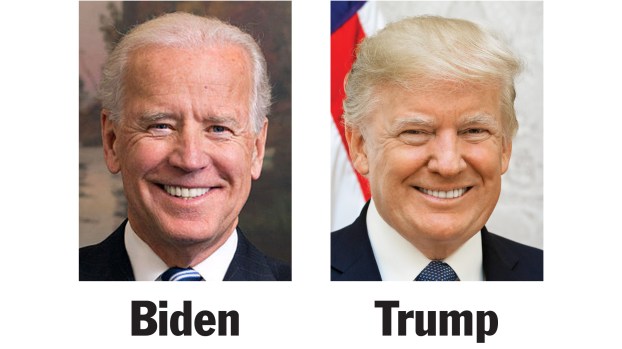 It looks like it will come down to the wire and get out the vote in the race for Ohio’s 18 votes.

With only days until the Nov. 3 general election, the Buckeye State remains tied in the presidential race.

According to Real Clear Politics’ aggregate of all major polls done in the race, President Republican Donald Trump and Democratic former Vice President Joe Biden are exactly tied at 46.2 percent each.

Polling in the state has been a see-saw over the past few months, with each candidate inching ahead in surveys, but never significantly past the margin of error.

The most recent individual poll of the state, by Quinnipiac University, has Biden leading Trump 48-43 percent.

Election forecasters differ on their predictions for the state.

Nate Silver, of 538.com, lists Ohio as a toss-up, giving each candidate an equal chance to win, as does 270towin, while the Cook Political Report still lists it as “Likely Republican.”

Michael Bloomberg, who ran unsuccessfully for the Democratic nomination this year, is funding $15 million worth of ads in support of Biden in Ohio in the final week of the race, while Democratic vice presidential nominee Kamala Harris was set to appear in the state on Saturday.

Trump’s daughter, Ivanka, a White House advisor is campaigning in the state the same day, while her half sister, Tiffany, appeared on Thursday.