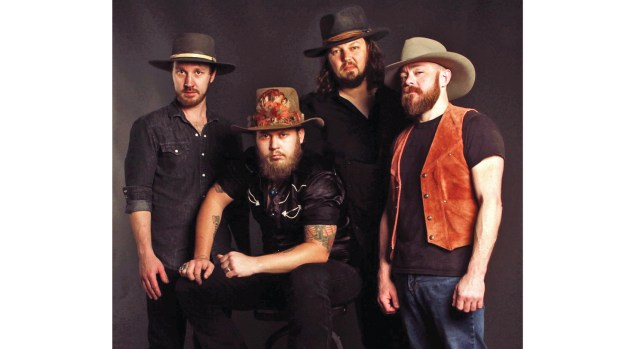 Steel Woods will perform at the Paramount Arts Center in Ashland on Saturday, Nov. 7. (Submitted photo)

ASHLAND, Ky. — Music returns to the Paramount this weekend with three country acts taking the historic stage on Saturday.

Steel Woods is the main act with Channing Wilson and Dustin Burchett with Kentucky Clear as the two opening acts.

Steel Woods is a Nashville-based quartet plays what the band calls “Smart Southern Rock,” which combines stalwart sounds like Lynyrd Skynyrd with outlaw country and influences like Led Zeppelin and Jason Isbell.

They have played at Kid Rock’s annual Fish Fry and toured with Lynyrd Skynyrd and Miranda Lambert.

Their latest album is called “Old News” and have done numerous livestreamed concerts after COVID-19 concerns made gigs on the touring circuit dry up.

Channing Wilson is an artist out of Georgia who concentrates on real lyrics that explore more than just typical country radio fare. Born to “dirt collar” parents, he didn’t have the money to explore music until his teen years when he started learning guitar at age 17.

According to his biography, by age 25, he had tried college twice and quit more jobs than he applied for.

“I never could accept the idea that I was supposed to work every day for someone else. I expected more than a paycheck,” he wrote. “After a friend turned me on to Guy Clark and Steve Earle, I knew two things. I never wanted to punch a clock again, and I had to become a better writer and musician.”

He found success as a regional act and after he became a father, he decided to up his game and sold off his boat and a guitar collection to pay for trips to Nashville. In 2010, he got a songwriting deal with EMI and Luke Combs had a number one song with “She’s Got the Best of Me,” which was co-written with Wilson.

Dustin Burchett with Kentucky Clear are a five-piece southern rock/country act out of Grayson, Kentucky, that plays both covers and original music. They have played numerous shows in Lexington and Huntington.

PAC is allowing groups of three people in for the show. For more ticket information, go to http://www.paramountartscenter.com/ or call 606-324-0007.