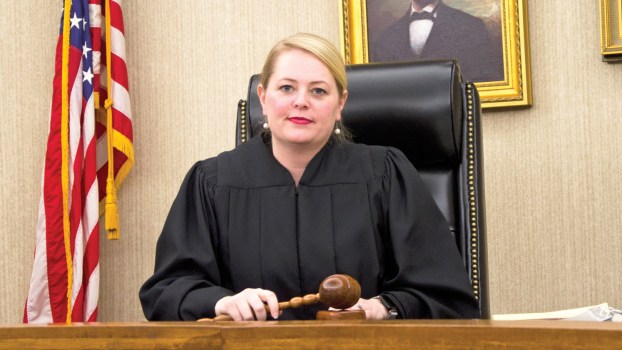 Finley, who was elected in 2018 and took office last year, said the COVID-19 pandemic had delayed the process, but that she hopes the specialized docket for family drug court will be in place early next year.

The re-entry court is for those who have been incarcerated for 120 days and those who would take part would be interviewed and apply for it.

“It is something they would have to want to do,” Finley said.

She said community control sanctions would apply for the docket and those who would go through it would be connected with services like drug treatment, counseling and be given assistance on things such as regaining a driver’s license.

“Once I was in this position, it became clear that a lot of people go through the system multiple times,” she said, stating the aim is to cut down on recidivism.

Finley said veterans would also qualify for both the drug court and the re-entry court.

She said the goal is to get people to the point where they can successfully re-enter society.

“It will connect them with the services they need,” she said. “The goal is to get them what they need.”

COLUMBUS — Dr. Amy Acton, the former director of the Ohio Department of Health gave an interview this week in... read more