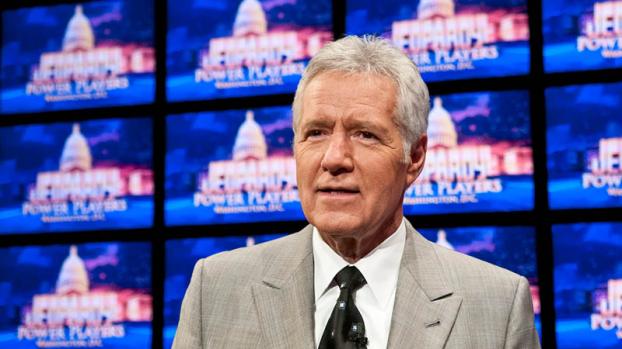 LOS ANGELES (AP) — Alex Trebek never pretended to have all the answers, but the “Jeopardy!” host became an inspiration and solace to Americans who otherwise are at odds with each other.

He looked and sounded the part of a senior statesman, impeccably suited and groomed and with an authoritative voice any politician would covet. He commanded his turf — the quiz show’s stage — but refused to overshadow its brainy contestants.

And when he faced the challenge of pancreatic cancer, which claimed his life Sunday at age 80, he was honest, optimistic and graceful. Trebek died at his Los Angeles home, surrounded by family and friends, “Jeopardy!” studio Sony said.

The Canadian-born host made a point of informing fans about his health directly, in a series of brief online videos. He faced the camera and spoke in a calm, even tone as he revealed his illness and hope for a cure in the first message, posted in March 2019.

“Now normally, the prognosis for this is not very encouraging, but I’m going to fight this and I’m going to keep working,” Trebek said, even managing a wisecrack: He had to beat the disease because his “Jeopardy!” contract had three more years to run.

Trebek’s death came less than four months after that of civil rights leader and U.S. Rep. John Lewis, also of advanced pancreatic cancer and at age 80. Trebek had offered him words of encouragement last January.

In a memoir published this year, “The Answer Is … Reflections on My Life,” Trebek suggested that he’s known but not celebrated, and compared himself to a visiting relative who TV viewers find “comforting and reassuring as opposed to being impressed by me.”

That was contradicted Sunday by the messages of grief and respect from former contestants, celebrities and the wider public that quickly followed news of his loss.

“Alex wasn’t just the best ever at what he did. He was also a lovely and deeply decent man, and I’m grateful for every minute I got to spend with him,” tweeted “Jeopardy!” champion Ken Jennings. “Thinking today about his family and his Jeopardy! family — which, in a way, included millions of us.”

“It was one of the great privileges of my life to spend time with this courageous man while he fought the battle of his life. You will never be replaced in our hearts, Alex,” James Holzhauer, another “Jeopardy!” star, posted on Twitter.

Lawrence County saw another big spike in positive COVID-19 on Saturday with 42 new cases. That came one day after... read more