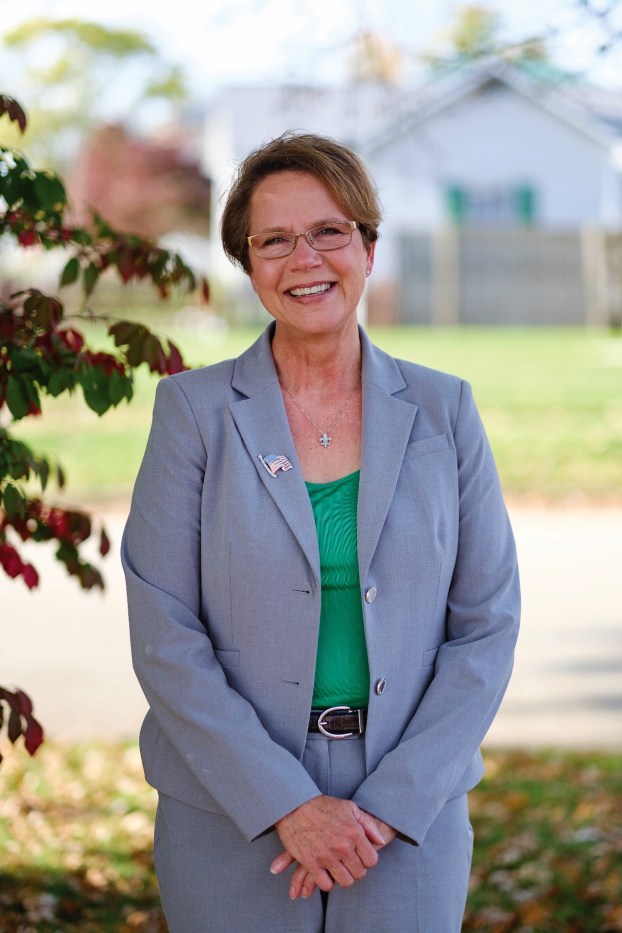 When Justice Sharon Kennedy was elected to the Ohio Supreme Court in 2012, she said she was asked by one of her predecessors, Evelyn Lundberg-Stratton, “Why do you want to be a justice?”

“When Eve retired, she had begun really leading the charge in statewide initiatives on problem-solving courts and led the way for veterans treatment courts,” Kennedy said. “She said ‘Think about power we have as judges, we are nonpartisan. We are not Republicans or Democrats, we are just a judge.’”

And it was in that capacity that Kennedy was able to bring people together to work on an issue that was close to her heart: the treatment of veterans in the state’s courts and incarceration systems across Ohio.

Through the Lean Forward initiative, Kennedy has met one-on-one with judges around the state, educated them about veteran issues, such as post-traumatic stress disorder.

She has trained 43 judges and 50 chief probation officers and spoke with the vast majority of Ohio sheriffs at their annual convention.

“For me it wasn’t really about seeing judges and asking them to do a specialized docket – but to also educate them on the tools available to them and partnership working with Veterans Administration that is available to them.”

Kennedy said one of the biggest problems is that service members and veterans in the system fail to self-identify.

“You have to remember a significant portion of our veteran population in Ohio — they didn’t pick up rifle and go overseas to fight,” Kennedy said. “As a result, they don’t think they’re veterans. We have the sixth largest population in the United States of America. We know that they’re in our system. What happens in our system is completely different.”

Kennedy said prisons immediately immediately use a tool known as the Veterans Reentry Search Service to identify inmates who have served, but she said sometimes this system isn’t used at the county level.

“We don’t do that up front in our system and that’s what I was doing in training 84 of 88 sheriffs,” she said.

She spoke of a conversation she had with the sheriff of Butler County when she asked him how many veterans he had in the Butler County Jail.

She said she was told that he knew they had more veterans than were self admitting.

“We know, because their bunks are squared away and they find one another and stay together,” she said the sheriff told her.

Using the system Kennedy recommended, they were able to identify 22 veterans in the jail, up from the two previously known.

“You enter a portal, put information in and, within 48-72 hours, it tells you who is in system,” Kennedy said.

She said Butler County called the Veterans Administration in Cincinnati and a veterans outreach worker now visits the jail every Wednesday.

“They make sure they’re getting assessments and what they’re eligible for, and connect them with mental health and subs abuse treatment,” Kennedy said. “That is the power of what we can do when we come to together and we see the invisible and make them visible in our system.”

Kennedy is gearing up for another statewide summit on veterans issues.

Kennedy said they will bring in national speakers for the event.

“It’s about saving that 22 in our midst,” she said. “Our goal is to make sure we’re working with our partners to make sure they get help before they hurt their self or someone else.”

She said one way is to have veterans who are now working as police officers wear a tag on their uniforms.

“When showing up on scene, if that’s seen, they start talking to person if say see tag,” Kennedy said. “That instant bond they feel from that life of shared service. It’s really been fantastic and helped the Cincinnati Police Department save a life.”

Kennedy said in her work, she has spoken to people across the system, from outreach workers to veterans in prison.

“We’re making sure they get mental health, physical health and substance abuse help,” she said. “And we make sure they have a home they’re going to.”

She said one thing that opened her eyes was talking to those at The Ohio State University who are using transcranial magnetic stimulation to treat post-traumatic stress disorder. The treatment stimulates nerve cells to treat depression.

“I met one former Navy SEAL who had been through a series of treatments and he said to me, ‘Sharon, it was as if a fog had been lifted in my mind.’”

She said she has been working with local courts to advance veterans issues.

In Lawrence County, Common Pleas Judge Christen Finley, who was sworn into her position by Kennedy, said she is seeking to address these needs locally.

“I appreciated the invitation and we learned different service options, some of which we haven’t seen in southern Ohio,” Finley said.

Finley has sought to establish a veterans docket locally and she said she has also, along with fellow Common Pleas Judge Andy Ballard, met with representatives from the Veterans Administration.

“We met wit the board members about deficits we see in terms of services,” she said, adding that she hopes better long-term options can be made available from the agency.

“There aren’t a lot of services locally and they’re truly underserved,” she said.

Finley said she has also worked with Lawrence County Veterans Services and its director Tim carpenter, and that a court liaison for veterans has been implemented.

Kennedy, who said she would be eager to work with Finley on these issues, said that helping veterans should not stop at the courthouse door and that she hopes to continue establishing ties across the state.

“Inspiring work is taking part across Ohio to make the invisible visible, so they come wholly home,” she said.

A group of people are continuing their work of creating a place for Ironton-born World War I ace pilot Col.... read more