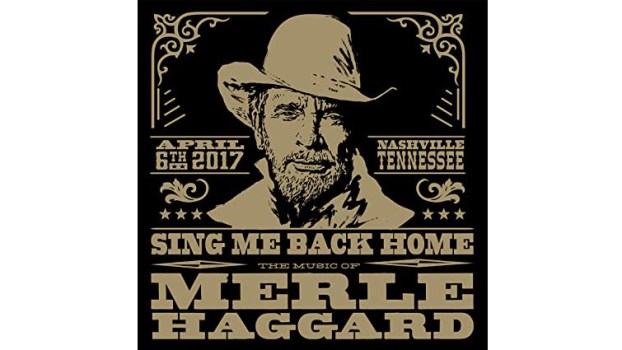 “Sing Me Back Home: The Music Of Merle Haggard,” will be released Dec. 11 from Blackbird Presents

NASHVILLE — Country Music Hall of Fame member and Lawrence County native Bobby Bare will be among the many big names featured on an upcoming CD/DVD tribute to legendary musician Merle Haggard.

“Sing Me Back Home: The Music Of Merle Haggard,” which is set for release from Blackbird Presents on Dec. 11, is a recording of a tribute concert that took place in April 2017, on what would have been Haggard’s 80th birthday.

Best known for his hits “Okie From Muskogee,” “The Fightin’ Side of Me” and “Mama Tried,” outlaw singer and songwriter Haggard had 38 number one hits on the country charts, was the recipient of a Kennedy Center Honor and a Lifetime Achievement Award at the Grammys.

A member of the Country Music Hall of Fame and the Nashville Songwriters Hall of Fame, Haggard died on April 6, 2016 at the age of 79, following a battle with pneumonia.

A longtime friend of the musician, Bare had appeared on Haggard’s final studio album, 2016’s “Django and Jimmie,” a collaborative set with Willie Nelson, where he joined the duo on a tribute to another country music great with “Missing Ol’ Johnny Cash.”

For the Haggard tribute, Bare chose to cover “I’m a Lonesome Fugitive,” from the 1967 album of the same name, for his contribution to the show.

“I could sing any of Merle’s [songs],” Bare told country music website The Boot at the time of the show. “I did another Merle tribute television show about a month or two ago, and I sang “Ramblin’ Fever;” that’s a real feel-good song. And this time, I wanted to sing something with a Merle Haggard solo.”

For more information on the album, visit www.blackbirdpresents.com

HUNTINGTON, W.Va. — The Tri-State is set to mark a somber anniversary this weekend, as Saturday is the 50th anniversary... read more