White was a caring fan to all players 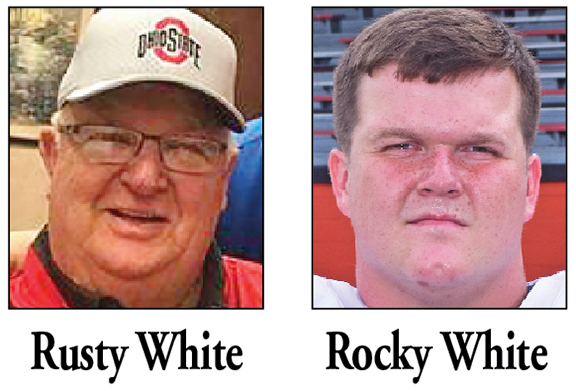 Knute Rockne got his team to “Win one for the Gipper.”
Maybe it won’t have the same impact, but it would be a great story if the Ironton Fighting Tigers would “Win one for Rusty.”
Rusty White may not have been a national figure, but his name, his face and his big smile were well-known among Ironton football fans.
Rusty was not only an avid Ironton fan, he was a caring booster much like other members of booster clubs. And he rooted for players at other schools. He just wanted kids to succeed.
But with Rusty White, he only wanted for the kids to win on the field and off. He worked hard for many years with The Tiger Clan raising money for the students in all sports.
Like Billy Joel once sang in the song Piano Man, “He was quick with a joke.” When you met Rusty, it seemed like he always had a joke and you could recognize him with your eyes closed by his famous laugh.
But Rusty was no different than anyone else. He had his favorite players. One was his son Rocky. Another was his granddaughter Laken. But his current favorite player is his grandson Rocky.
Rusty grew sick a few weeks ago and was in the ICU when Ironton beat Roger Bacon in the state semifinals last Saturday. He died on Sunday.
Now, his favorite player and grandson Rocky White will be playing in the Division V state championship at 1:15 p.m. Saturday in Massillon against Kirtland in a rematch of last season’s state title game.
Rocky was recently named to the Southeast All-District first team which had to make his face light up.
Now, grandson Rocky will attempt to light it up one more time by helping Ironton bring home a state championship.
There’s a good chance Rusty will have a 50-yard line seat, and I don’t mean in the stands. Knowing Rusty, he’s been bugging the angel Gabriel until the point Gabriel threw up his harp and said, “OKAY! Go watch the game anywhere you want. Just quit with the jokes.”
Win or lose, Rusty White will still be proud of his grandson and the entire Ironton team.
And so should all Ironton fans.
After all, this one is truly for Rusty White.
—————
Jim Walker is sports writer emeritus of The Ironton Tribune.