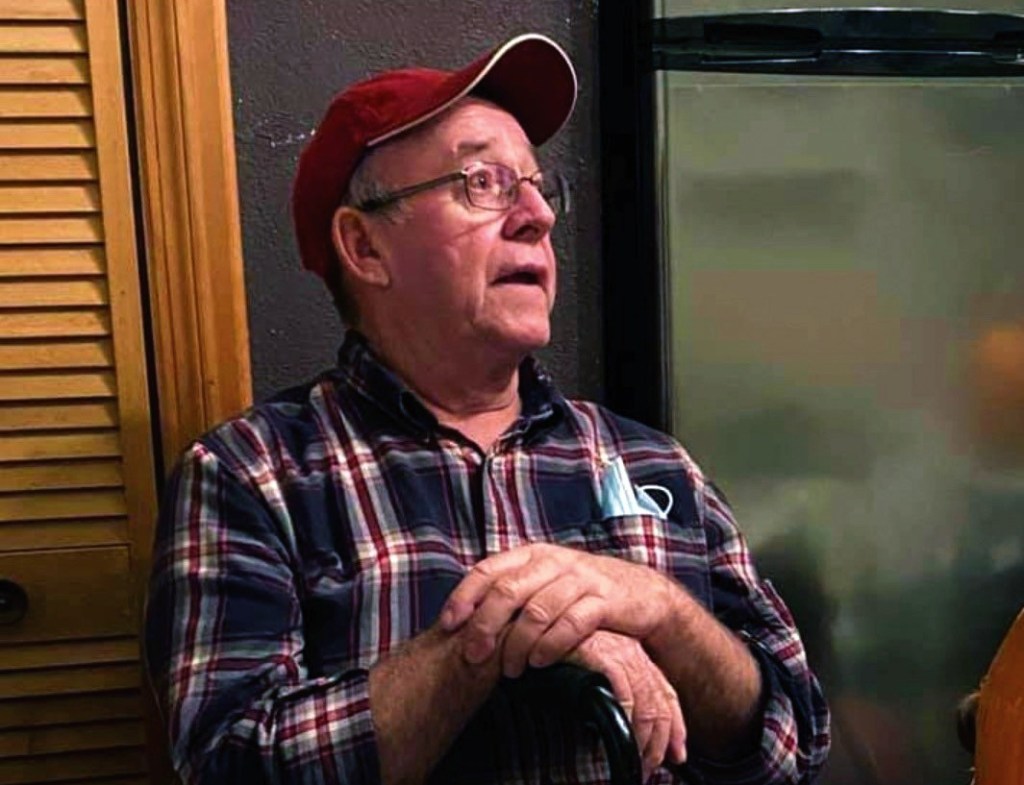 Ralph Craft is working to regain the strength he had before being in a coma and on a ventilator after contracting COVID-19. (Photo courtesy of Southern Ohio Medical Center)

PORTSMOUTH — Ralph Craft isn’t sure know how he contracted COVID-19. He just knows he doesn’t ever want to experience it again.

It started on Aug. 1. Craft, a 68-year-old diabetic, woke up Saturday morning and didn’t feel right.

He’s pieced together what happened next by talking with his family and reviewing his own medical history. He had to do it that way because his own memories from the time are shaky.

Craft awoke from his coma twice. The first time, he could tell there were people in room, but they looked like negatives on a picture.

“I remember they said they talked to my wife and son,” he recalled. “They said, ‘You’re doing good’ and that’s the best I can remember.”

The second time he woke up, he was only conscious long enough to know that a tube had been inserted in his throat. The next memory he has is waking up in the intensive care unit.

“I was so weak,” he said. “I couldn’t talk, and I was so thirsty. I tried to point to my mouth, and I couldn’t even raise my hand.”

Eventually, he was moved into isolation. He stayed there until Aug. 29, when he was moved into rehabilitation. His muscles were so weak he had to relearn how to do basic tasks like dress himself and shower. Even now, he is still working to regain the strength he lost.

Craft has had COVID-19, and he has also had the flu. When he had the flu, it took him a few days to recover. He still hasn’t fully recovered from COVID-19.

He is still in therapy, still feels weak in his arms and still hasn’t fully regained his balance. He has also developed new ailments — aches and pains he didn’t have prior to contracting COVID. Beyond the physical recovery he also admitted that, though he does not fear going to bed at night, he does prolong it.

Even with his continued rehabilitation, though, Craft considers himself lucky. His daughter-in-law works in a COVID-19 unit and has told him they’ve lost patients who were in better condition than he was.

As a Christian, he attributes his survival to a higher power, saying “I tell everyone I’m a miracle.”

Craft, who was concerned about the spread of COVID even before his experience, is doing everything he can to avoid any future exposures. There is no evidence to suggest someone who survives COVID-19 can’t contract the virus a second time, so he makes sure to wear a mask anytime he must go out. He also carries hand sanitizer with him and uses it frequently.

He has heard others complain about the restrictions and recommendations designed to slow the spread of the virus. While he understands where those complaints come from, he also suspects others might feel differently if they shared his experience.

“If you had to go through what I did, you wouldn’t want to have this,” Craft said. “When you’re still taking therapy three months later, something’s wrong.”