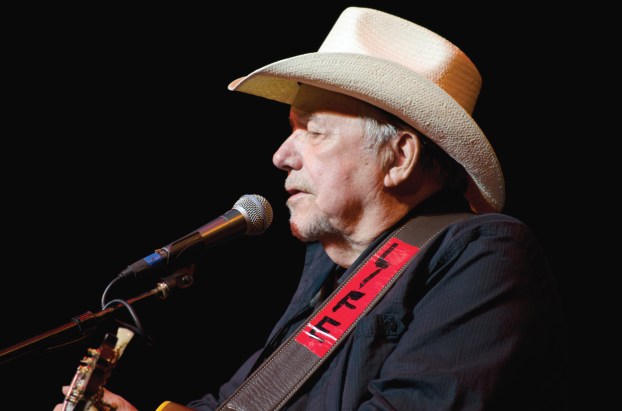 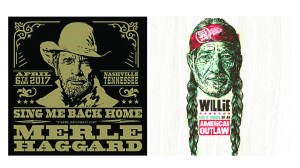 “Sing Me Back Home: The Music Of Merle Haggard” and “Willie: Life & Songs of an American Outlaw” wll be released Dec. 11 from Blackbird Presents. Lawrence County native and Country Music Hall of Fame member Bobby Bare appears on both albums.

NASHVILLE — Country Music Hall of Fame member and Lawrence County native Bobby Bare will be among the many big names featured on upcoming tribute albums to Merle Haggard and Willie Nelson.

“Sing Me Back Home: The Music Of Merle Haggard,” which is set for release from Blackbird Presents on Dec. 11, is a recording of a tribute concert that took place in April 2017, on what would have been Haggard’s 80th birthday.

A member of the Country Music Hall of Fame and the Nashville Songwriters Hall of Fame, Haggard died on April 6, 2016 at the age of 79, following a battle with pneumonia.

For the Haggard tribute, Bare chose to cover “I’m a Lonesome Fugitive,” from the 1967 album of the same name, for his contribution to the show.

“I could sing any of Merle’s [songs],” Bare told country music website The Boot at the time of the show. “I did another Merle tribute television show about a month or two ago, and I sang ‘Ramblin’ Fever;’ that’s a real feel-good song. And this time, I wanted to sing something with a Merle Haggard solo.”

The album is also available with a DVD recording of the show.

Bare will also appear on a tribute to his friend Willie Nelson, released on the same date.

“Willie: Life & Songs of an American Outlaw” is a recording of a 2019 tribute concert in Nashville to the living legend and features performance from Bare, along with The Avett Brothers, Sheryl Crow, Steve Earle, Lye Lovett, Chris Stapleton and many others, along with Nelson himself.

Bare, a longtime friend of Nelson’s, told The Ironton Tribune earlier this year that the two stay in touch and have been regularly talking by phone while “hunkered down” during the COVID-19 pandemic.

For the concert, Bare joined Margo Price for a cover of Nelson’s “Mammas Don’t Let Your Babies Grow Up to Be Cowboys.”

The Nelson tribute is available in as a two-disc CD set or a three-disc version with a DVD of the concert.

For more information on the albums, visit www.blackbirdpresents.com.

Family members recall experience of losing loved ones to COVID-19 EDITOR’S NOTE: This week, daily deaths in the U.S. from... read more