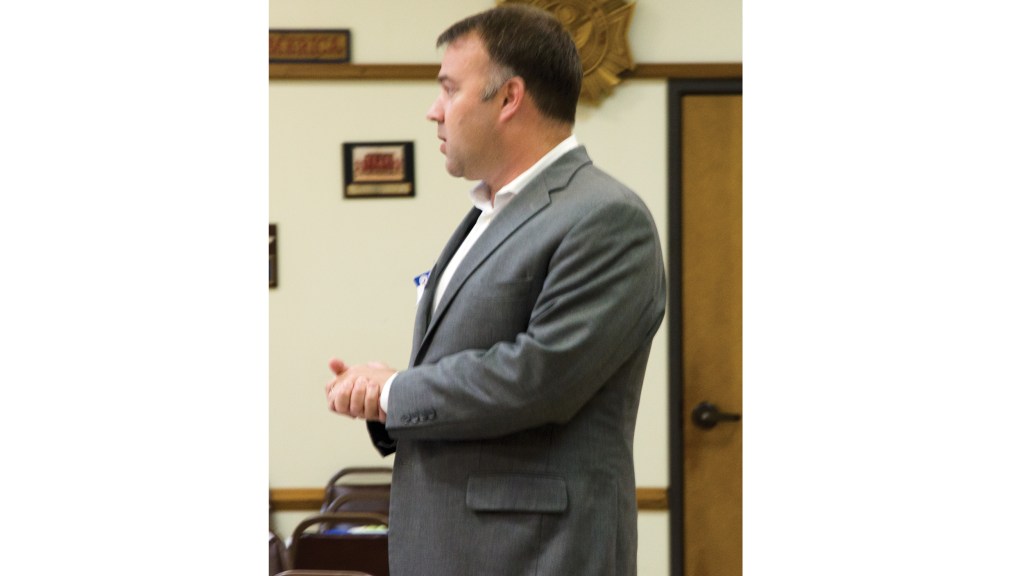 Ohio Democratic Party chair David Pepper speaks at the 2019 Lawrence County Democratic Party’s annual dinner on Thursday. Pepper announced on Mopnday that he is stepping down from his position after six years. (The Ironton Tribune | Heath Harrison)

Pepper had been in position since 2014

David Pepper, a former Hamilton County commissioner and Cincinnati council member, sent a letter to party officials saying he will resign at year’s end. He suggested those interested in succeeding him could speak at the Dec. 15 executive committee meeting, with a special meeting later in December to choose.

Once considered a bellwether and swing state, Ohio has swung to the GOP, which won the last three elections for governor and nearly all other statewide offices. Trump carried it twice, by some 8 percentage points each time.

Pepper pointed with pride to the way Democrats showed enough support in the state for former Vice President Joe Biden to make Trump divert time and resources from other battleground states.

“Our effort here in Ohio, where we battled Trump to the final days, forcing him to return again and again, contributed to the historic national victory that ensured Trump would be a one-term president,” Pepper wrote.

He also pointed to gains on the state Supreme Court, including the election of Jennifer Brunner, a Democrat, in November, and the “Main Street” program that for five years has provided training, guidance and support to candidates for local offices across the state.

Pepper also expressed hope that Democrats will be able to undo GOP gerrymandering of congressional and legislative districts.

Aftab Pureval, a Democrat twice elected to be Hamilton County clerk of courts sandwiched around an unsuccessful congressional bid, said he and other Ohio Democrats are grateful for his leadership.

“I’ve had no stronger ally and champion than David Pepper,” Pureval posted on Twitter.