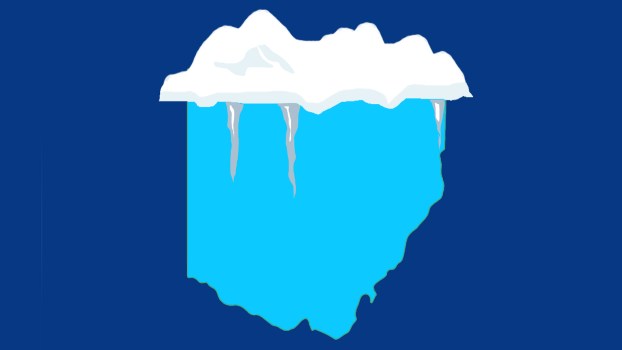 CLEVELAND (AP) — A wintry storm has blanketed much of Ohio with snow on Tuesday, leaving tens of thousands of people in the northern part of the state without power.

The brunt of the gusty storm blew in early Tuesday morning with locations in and around Cleveland receiving 6 inches (15.24 centimeters) or more of wet heavy snow. A number of school districts have canceled classes for the day.

Communities in the Lake Erie snowbelt could receive nearly a foot before the storm blows through Wednesday morning.

About 50,000 homes and businesses in northeast Ohio were without power Tuesday morning. Numerous accidents were reported on icy city streets and interstates throughout the state.

The National Weather Service has issued a winter storm warning through 10 a.m. Wednesday from Sandusky in the north central part of the state east to Ashtabula County in the northeastern corner along with western Pennsylvania counties.

A winter weather advisory is in effect elsewhere in Ohio. Areas around Toledo and Columbus had received several inches of snow as of Tuesday morning. The Cincinnati area received just a light dusting.

For more than two decades, the Hall Funeral Home in Proctorville has had a remembrance ceremony in December for families... read more