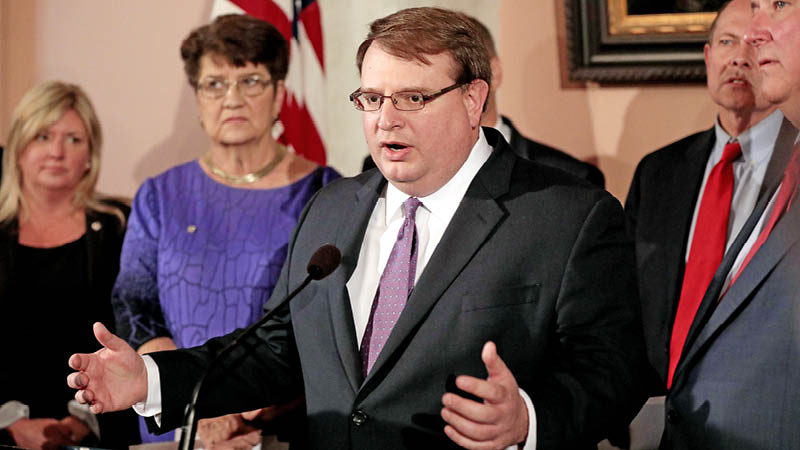 COLUMBUS (AP) — Ohio Senate President Larry Obhof said Wednesday he has the votes to override Gov. Mike DeWine’s threatened override of a bill restricting the state health department’s powers during a health emergency, and he’ll hold a vote if the bill is vetoed as promised by week’s end.

The bill would allow the Legislature to adopt resolutions to rescind Ohio Department of Health orders to prevent the spread of contagious diseases. It would also prevent the Health Department from implementing regional or statewide quarantines for people who haven’t been directly exposed or diagnosed with the disease such quarantines are aimed at.

Republicans say DeWine has overstepped his authority and usurped the legislative process with a series of executive orders since March to fight the coronavirus pandemic. A message was left with Republican House Speaker Bob Cupp about his intentions for a veto override vote.

DeWine calls such bills reckless at the time the state struggles to combat the illness.

The 7-day rolling average of daily new cases in Ohio has risen over the past two weeks from 7,280 new cases per day on Nov. 17 to 8,312 new cases per day on Dec. 1, according to an Associated Press analysis of data provided by The COVID Tracking Project. One in every 201 people in Ohio tested positive in the past week.