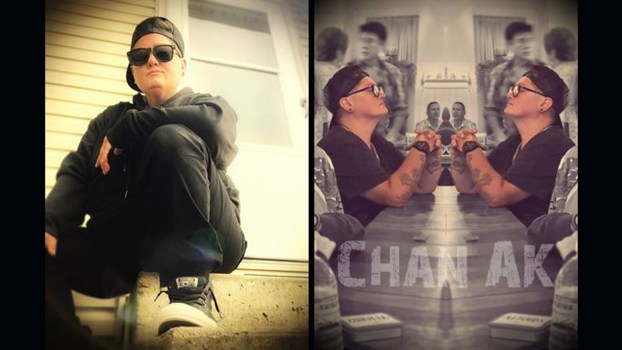 How did the project start?
I’ve wanted to be a songwriter most of my life. I never wanted to be in the spotlight, but I realized that people would have to hear my songs in order to make that happen. I was always worried about how people would react to my music, so I was pretty nervous to share it with anyone outside of my circle. I had a lot of people tell me that I needed to start sharing my stuff so a year or so ago I finally worked up the courage to start posting my music on social media. The response I got was more than unexpected. I was worried about people not liking my music, but instead people were urging me to post more. The positive feedback gave me the boost of confidence that I lacked. The support from my fans is amazing and it has been a huge inspiration to continue sharing my music with the world.

What are three adjectives to describe your style?
I would first have to say “emotional,” because love songs are kinda my thing. I write off of my emotions and experiences and so I know that shows in my work. Second, I would probably say “clear,” because my writing style is pretty much straight to the point. I think I write similar to the way that I speak. My songs are mostly presented as “this is what I’m going through and this is how I feel about it”. I don’t think my style leaves much room for self interpretation because it’s mostly pretty blunt in my opinion. Lastly I would say familiar. I say “familiar,” because my music isn’t the type of music that carries the party. My music moreso taps into the person. It centers around familiar topics and situations that every person has experienced at some point in their life. The best compliment I ever received was someone telling me that I somehow took all the feelings they had been feeling, but couldn’t explain and put them into words. It’s a really cool feeling to know that people can relate to my songs in an intimate way.

Walk us through your creative process. Does it vary, if so, how?
My process usually starts the same. I feel a vibe and I pick out a melody that suits it and then comes the lyrics. It’s kind of like my emotions create the melody and then the music finds the words. Sometimes, it all comes to me at once and, other times, it’s over the course of a few days, but there a few songs that have taken me months and even years to finish.

How has your art evolved since you started?
I’m so far away from the artist I started as because I never really knew my place. I just knew that I loved music and I loved to write. I remember in my early teens I wanted to sing R&B. I then spent the next decade or so creating rap music. I bought my guitar around 2014 or so and started doing what I do now. My style over the past four years has evolved from lazily strumming to finger picking and slapping my guitar creating more of a rhythm to some of my songs. There’s not a single genre of music that hasn’t molded me in some way but I have been told that my genre is pop. Once I accepted that, it really started to show in my music as I embraced it and ran with it. It made me more confident as a writer knowing my place.

Doug Johnson: Don’t ignore the stranger in need outside your door

One of the most beautiful of all Christmas stories was told by the American poet, Edwin Markham, about a cobbler,... read more