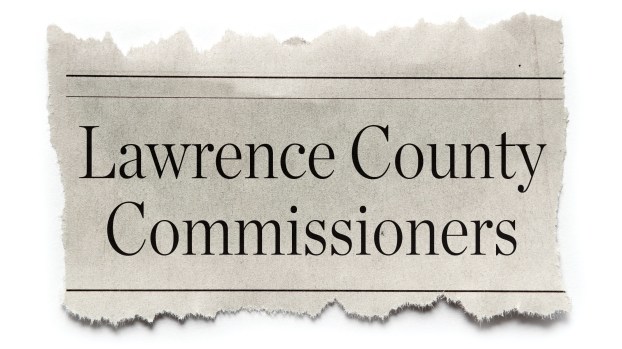 The Lawrence County commissioners had two meetings this week.

On Tuesday, the commissioners discussed the recent COVID-19 cases in the county which has continued to see a large spike in cases.

They reported that on Monday, there were 50 new cases. The surge in numbers continue with 68 new cases on Tuesday and 59 cases on Wednesday. There was also another COVID-19 death on Wednesday, a woman, bringing the total number of deaths in the county to 41.

The total number of cases since the first case of COVID-19 was reported on March 25 is 2,512. as of Thursday.

The number of currently infected cases and the number of recovered people hasn’t been available since the Lawrence County Health Department has been overwhelmed with dealing with the pandemic.

Commissioner DeAnna Holliday said their message remains consistent, that people to continue to socially distance, wash hands, sanitize, wear a mask and to remain home unless they need to be out.

“Hope is on the way, vaccines are near,” she said. “I did hear an update this morning that maybe the general public would be receiving vaccines in April. In the coming few weeks, they will be distributing those to front line workers. So, we are very thankful for that. We do know this isn’t going to last forever. I know we are growing very weary of all the directives that are being placed upon us.”

Lawrence County Health Department director Georgia Dillon joined the commissioners to give a short report about the COVID-19 situation.

“We are really, really busy. There are a lot of sick people and we have an increased rise after Thanksgiving in our schools and other governmental agencies,” she said. “It’s really discouraging sometimes. We have a family that said ‘We are not going to live in fear.’ Had a huge Thanksgiving with a 90-year old grandmother in that home.”

She pleaded with the community to protect the elderly since they do not do well if they get COVID-19 and added she had a very good friend that died on Thanksgiving Day.

She said the numbers are going up, as those at the health department knew it would.

“If you could just encourage people to not meet in large groups, even with family, because it spreads so rapidly,” Dillon said. “I’m still calling people who have tested positive that don’t believe in it, they think they have the right not to live in fear. They don’t have to live in fear, they just need to respect other people. This is a part of respect for others. The hospitals are overwhelmed.”

She said that she is sorry that, when she meets with the commissioners, that it seems to be getting worse, but “we are doing the very best we can. I have the greatest staff in Ohio. At the end of the day, we leave nothing undone because if we do, we will become overwhelmed.”

She said they are becoming discouraged and asked to remain in people’s prayers and “to pray for the people that have the coronavirus and are just so ill.”

Commissioner Dr. Colton Copley said they are all grateful for the work the health department has taken on and thanked them for all they are doing.

“I know this is a stressful time and you have the weight of so many on your shoulders with the importance of your job,” he said. “But we know it is appreciated from our office and many people in county that I hear from on a regular basis.”

“Please, please, listen to what Georgia says,” he said. “I fight every day to keep my mom well. This stuff is real serious and for the senior citizen age group, it is just a terrible situation.”

“We have got to get through Christmas and we have to get to these vaccines and then I think we will turn the corner,” he said. 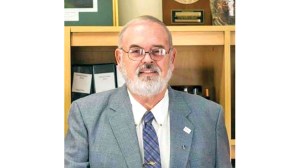 The commissioners also talked about how their counterpart in Scioto County, Commissioner Mike Crabtree, was hospitalized in Columbus with COVID-19 and was on a ventilator.

Commissioners from both counties work together on the Lawrence-Scioto County Solid Waste Management District.

“We enjoy the work we do with Scioto County and Mike Crabtree has certainly been a good public servant for Scioto County,” Holliday said. “Mike is fighting hard to beat this virus, COVID-19. He is in grave condition.”

On Tuesday, Gov. Mike DeWine asked for prayers for Crabtree during a statewide address.

On Wednesday, Crabtree’s family announced that he had passed away.

Crabtree had been a Scioto County commissioner for 18 years. He was first elected in 2005 and was re-elected again in November.

“Jane and I are deeply saddened to hear of the passing of our good friend Mike Crabtree,” U.S. Sen. Rob Portman said on social media. “He will be remembered as a hard worker who always fought for the people of Scioto County.”

Ohio Sen. Terry Johnson, who was formerly the Scioto County coroner, had worked with Crabtree for years.

“I was very saddened to learn of the passing of Scioto County Commissioner, Mike Crabtree,” Johnson said. “Mike was a good friend and neighbor to my family and to me. He was a fellow Army veteran—one of my ‘Army buddies’—and he was a dedicated public servant. Above all, he was a wonderful human being. My wife, Jennifer, and I extend our condolences to Mike’s wife, Dianna, and to their families. May God be with all of them in this time of tragedy.”

“We were thrilled he returned home to his beautiful wife, Beth, last week,” Holliday said. “We had answered prayers and we are very thankful for that.”

Pandemic or not, the Lawrence County courts continue to deal with drug-related crimes. In the past three months of indictments,... read more