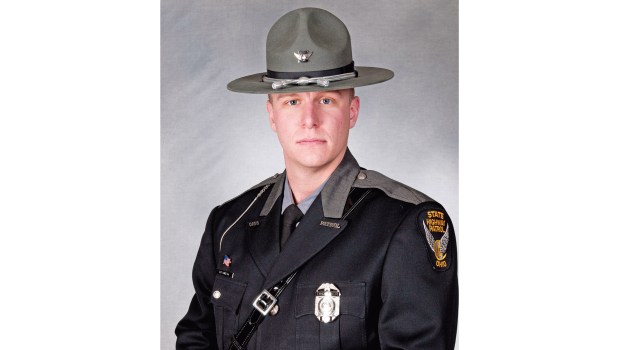 Branham named Trooper of the Year

Ohio State Highway Patrol Trooper Ethan S. Branham has been selected as the 2020 Ironton Post Trooper of the Year.

The selection of Branham is in recognition of his outstanding service throughout 2020 at the Ironton Post. He was selected for the award by his peers based on his leadership abilities, professional ethics, courteous treatment of others, enthusiastic work attitude and cooperation with supervisors, peers, and the public.

Trooper Branham Joined the Highway Patrol in 2016 and was assigned to the Fremont Post until he transferred to the Ironton Post in 2018. Trooper Branham is a 2011 graduate of Seneca

East High School and a 2015 graduate of Tiffin University. He was employed by the Seneca County Sheriff’s Office as a jailer before joining the Patrol.

Trooper Branham is now in contention for the District and State Trooper of the Year Award to be announced at a later date.

MANCHESTER (AP) — The search continued Thursday for two workers who are missing more than 24 hours after a power... read more