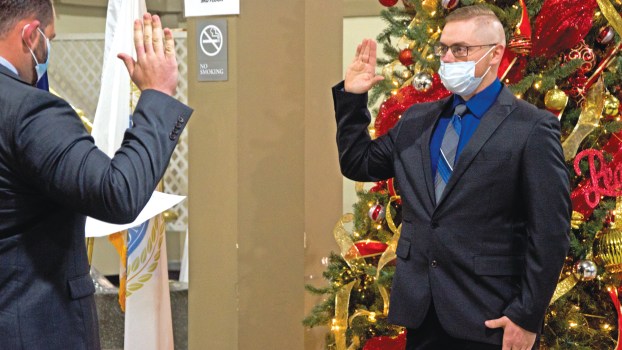 Mathew Tyler McGraw takes the oath from Ironton Mayor Sam Cramblit II as he is promoted to sergeant with the city’s police department on Wednesday. (The Ironton Tribune | Heath Harrison) 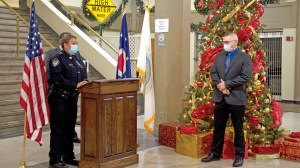 Ironton police chief Pam Wagner speaks at a ceremony for the promotion of Mathew Tyler McGraw to sergeant with the department on Wednesday. (The Ironton Tribune | Heath Harrison)

McGraw has been with city police for past year

A ceremony took place at the Ironton City Center on Wednesday, when a member of police department was promoted to sergeant.

Matthew Tyler McGraw joined the city’s force in Sept. 2019 and has been in law enforcement for seven years.

“He came to us from the Lawrence County Sheriff’s Office,” Ironton police chief Pam Wagner said, noting he served five years there and received accolades for his work.

Wagner said McGraw has an associate’s degree and a bachelor’s degree in criminal justice. One of the more prominent incidents he responded to while serving Ironton was a shooting at The Bar on 3rd in June in which multiple people were injured.

“He assisted victims, helped secure the scene and located the firearm, without any further bloodshed,” Wagner said.

McGraw took the oath for his promotion to sergeant from Ironton Mayor Sam Cramblit II. 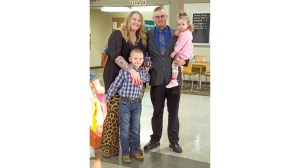 Mathew Tyler McGraw, with his family at the Ironton City Center, after his promotion to sergeant with the city’s police department on Wednesday. (The Ironton Tribune | Heath Harrison)

Owner of local business says industry has been growing With the COVID-19 pandemic still spiking, at-home care for seniors has... read more