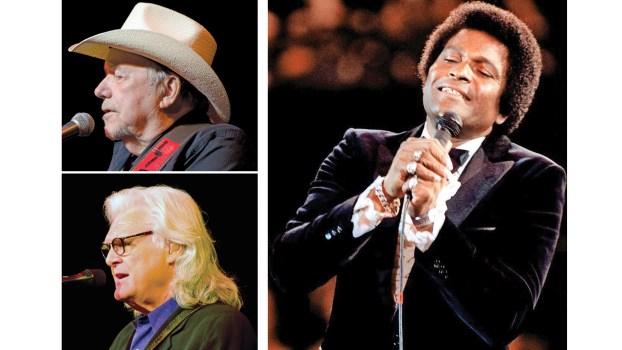 NASHVILLE — Music stars who are native to the Tri-State are paying tribute to country musician Charley Pride.

Pride, a member of the Grand Ole Opry and the Country Music Hall of Fame, and the first major African-American star in the genre, died of complications from COVID-19 on Saturday at age 86. He began his career as a baseball player in the Negro Leagues, where he was a pitcher, had 52 top 10 country hits, mostly in the 1970s and was the best-selling artist for RCA Records since Elvis Presley.

He last appeared in public in November, when he received the Lifetime Achievement Award from the Country Music Association.

Lawrence County native Bobby Bare, a fellow member of the Country Music Hall of Fame, said Pride was “one of my oldest friends.”

“We met before he got his first record deal,” Bare said in a weekend Facebook post. “He had demoed “The Snakes Crawl at Night” which I heard and cut – then he had his first hit with it.”

Bare recalled a trip he made to perform in Montana, where Pride was living at the time.

“(Pride’s wife) Rozene said ‘Pride can’t come because they wouldn’t let him off of work’ and gave me his work number,” Bare said. “I still remember the sound of the machinery when he answered and said ‘Bare, I wanted to come so bad, but they just wouldn’t let me off.’ I said, ‘don’t worry Pride, it won’t be long before you’re doing this with us.’”

“Wasn’t very long after that, he got a record deal in Nashville,” he said. “And the rest is history. He paved paths and he truly loved country music. I’ll miss my friend.”

“I loved Charley Pride and will miss his happy spirit,” Skaggs said. “His voice was so unique, his records were so well done, he was a great entertainer, and he opened up a whole new market for Country music. No wonder he is in the Hall of Fame.”

“I truly loved my friend,” Lynn said. “The world will never be the same. He was one of the very best things that ever happened to country music. I’m all tears tonight.”

Billy Ray Cyrus, a native of Flatwoods, Kentucky, said he was among the many performers Pride “opened doors” for.

“He took down walls and barriers meant to divide,” Cyrus said. “He became a bridge of music for music lovers who found they had way more in common than they had different. And rules and stereotypes meant to separate were taken down and opened up to the free will of the artist and fan to become one in harmony and song.”

MANCHESTER (AP) — A worker whose body was recovered from the debris of a collapsed power plant in southern Ohio... read more