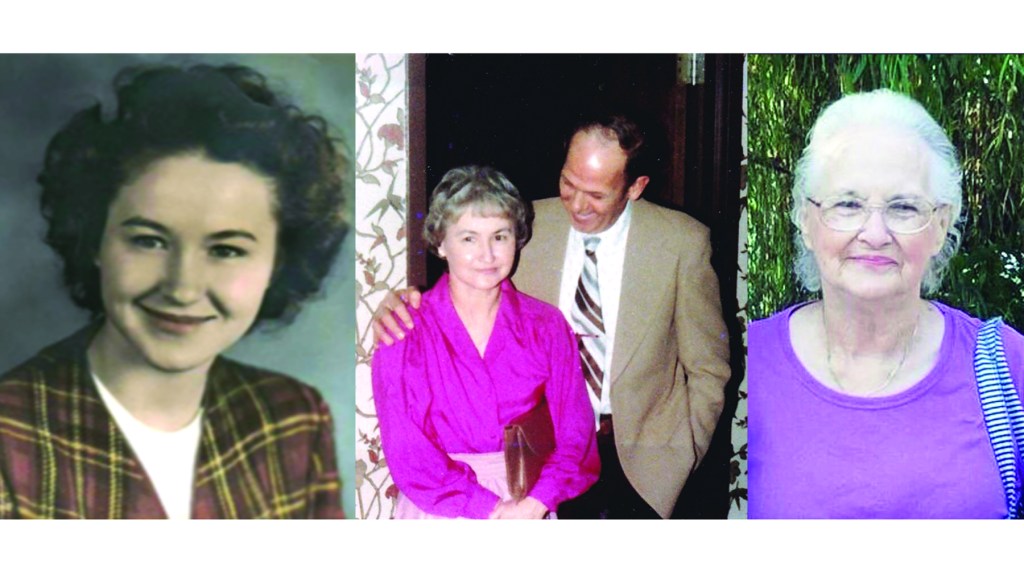 The COVID-19 pandemic is not the first for Naomi Lundy, 89, of Chesapeake, who shares her memories of growing up when there were many such health threats to the public. (Submitted photos)

Lundy remembers a time before vaccinations were widespread

CHESAPEAKE — Naomi Lundy, 89, of Chesapeake, recalls life growing up when there were many pandemics on the forefront.

It’s hard for today’s youth to imagine that they live among generations of others who experienced several devastating illnesses.

All of the vaccinations that are now given to newborn babies were widespread developed and began distribution during Naomi’s lifetime.

Diphtheria and smallpox were of the beginning vaccines that became available to her and her family when she was 8.

One of her siblings did contract diphtheria from school and was critical, listless and had a fever for an extended amount of time.

During that time, she and her family were living in Ohio and the state did not require students to have the vaccine. In January 1937, she recalls her father taking her and another sibling to have the vaccine, because it was mandatory in West Virginia and they were going to be starting school there.

She also recalls having to get a diphtheria booster when she was a junior in high school in 1947, followed by being quarantined for two weeks, similar to the pandemic now.

Polio, or infantile paralysis as it was more commonly known, was another devastating illness that she recalls.

“I remember polio throughout my entire childhood,” she said. “There was a lady from church who suffered from paralysis due to polio. I used to have nightmares about the iron lungs they used for breathing.”

The polio vaccine did not become available until Naomi’s children were in school, decades later. The last case of polio in the U.S. was in 1979, according to the Mayo Clinic.

“We didn’t wear masks, but our father didn’t like for us to be in crowds,” Naomi said. “I’m sure he felt some relief that we moved to a farm away from others during this time period.”

She did not have any other vaccines until she was around the age of 10, when she was vaccinated for Typhoid due to a flood. At that time, vaccines were made available at school and that is where she received hers.

While COVID-19 does call for extreme precautions, the scenario and fears that accompany a pandemic are not necessarily new for many older individuals in our country.

Often times, we say things like “that was lifetimes ago” and that’s not exactly accurate when take a look at Naomi’s lifetime and vaccinations.

In this case, the bulk of the vaccines that our children are receiving were all developed in our grandparents’ childhood.