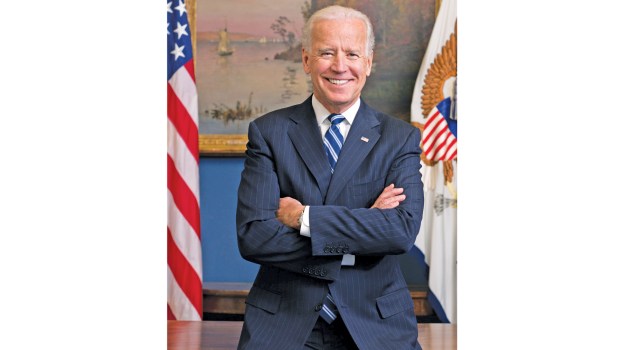 In a speech from his longtime home of Wilmington, Delaware, Biden aimed to guide Americans past the tumult of the campaign and Trump’s refusal to accept defeat.

“If anyone didn’t know it before, we know it now. What beats deep in the hearts of the American people is this: democracy,” Biden said. “The right to be heard. To have your vote counted. To choose the leaders of this nation. To govern ourselves.”

After garnering a record of more than 81 million votes, Biden is still trying to build momentum as he prepares to assume the presidency on Jan. 20.

That’s been complicated by Trump refusing to concede while instead pursuing legal challenges that have been roundly rejected by judges across the political spectrum, including the justices at the Supreme Court.

In his most forceful language to date, Biden noted that he received 7-plus million more votes than Trump and that the 306 electoral votes that secured his victory was the same number

Trump got when winning the presidency four years ago.

He added that, in 2016, Trump called his Electoral College win “a landslide.”

“By his own standards, these numbers represent a clear victory then, and I respectfully suggest they do so now,” Biden said.

He said the Trump-backed case that the Supreme Court unanimously rejected “tried to wipe out votes of more than 20 million Americans in other states and hand the presidency to a president who lost the Electoral College, lost the popular vote and lost each and every one of the states whose votes they were trying to reverse.”

Biden said that while Trump’s actions threatened core democratic norms, the institutions that protect the rights of Americans didn’t crumble.

“In America, politicians don’t take power — the people grant it to them,” the president-elect said. “The flame of democracy was lit in this nation a long time ago. And we now know that nothing — not even a pandemic — or an abuse of power — can extinguish that flame.”

Lundy remembers a time before vaccinations were widespread By Kelli Fryer For The Ironton Tribune CHESAPEAKE — Naomi Lundy, 89,... read more