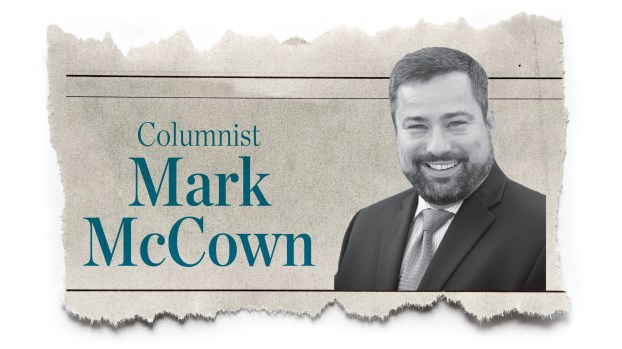 Legally, there is a Santa Claus in Ohio

Dear Lawyer Mark: I am a third grader.
Now that I’m grown up, why do people still believe in Santa Claus?
My mom says because there really is a Santa Claus.
He is the spirit of what’s nice with people and he’s in our hearts.
That’s really not a good answer.
Shouldn’t we have Santa Claus all year? — Wondering Student
Dear Wondering: “Yes, Virginia, there is a Santa Claus.” These words, printed in an editorial in the New York Sun on Sept. 21, 1897, have become one of the most commonly uttered phrases during the Christmas Season.
Many scholars have tried to prove, and disprove, the existence of Santa Claus, but over one hundred years later, these simple words still ring the truest.
Did you know that Santa Claus is mentioned in hundreds of thousands of legal cases?
Even some Ohio cases have used the phrase Santa Claus (not to mention the fact that there is the city of Santa Claus, Ohio).
More than just our culture recognizes Santa, also.
To Greeks, he is known as Hagios Nikolaos; in Finland, he is named Joulupukki; and the Dutch call him Sinte Klaas. In fact, it is from the Dutch that we Americans got the name Santa Claus.
The American heritage Dictionary even gives a definition for Santa Claus: “the personification of the spirit of Christmas.”
Because Santa is a spirit, no legal definition has ever been given.
But of course, if you looked up your name, you probably couldn’t find a legal definition for it, either.
More important than all this, however, is the question you asked last. Yes, we should have Santa Claus all year.
Throughout most of the Christmas season, people are usually kinder and more courteous.
Even in shopping malls packed shoulder to shoulder, people are more willing to help each other and their fellow man.
It seems as though someone (perhaps Santa) flips a switch at the beginning of the season, and most people begin to treat each other with the respect that even the lowliest of man deserves.
There’s no reason to turn the switch off on Dec. 26.

Thought for the Week: May the spirit of this Season bring you and your family joy and peace. Merry Christmas!

It’s The Law is written by attorney Mark K. McCown in response to legal questions received by him. If you have a question, please forward it to Mark K. McCown, 311 Park Ave., Ironton, OH 45638, or e-mail it to him at LawyerMark@yahoo.com. The right to condense and/or edit all questions is reserved.

How a horse nearly threw Chuck Yeager off his course

I ran across some notes I had written as I listened to Chuck Yeager and Bob Hoover at the EAA... read more