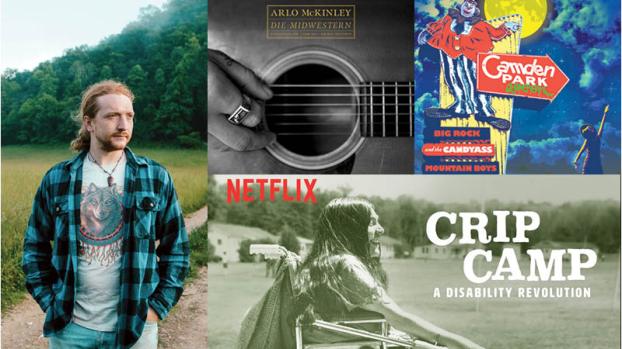 Dave Lavender — Five things that got me through 2020

1 – Tyler Childers LIVE at the Ryman Auditorium – It was the Great Conjunction of Country Music Highway history on Feb. 15, when Tyler Childers, who sold out four nights of his Country Squire Residency, brought along fellow Lawrence County, Kentucky natives and Nashville legends, HOF songwriter Larry Cordle and Ricky Skaggs. Emotions were raw and high, hanging out with, and seeing Tyler and our good bubs (Rod Elkins, James Barker, Craig Burletic and Jesse Wells) play the historic Ryman. Since live touring came to a standstill in March, those precious memories — viewed through the smoky stained glass of the Mother Church — have been a kaleidoscope of hope in remembering the magical power of live music.

2 – “Crip Camp: A Disability Revolution” (cripcamp.com) Released to Netflix in March by the Oscar Award-winning Higher Ground Productions, “Crip Camp,” traces the ties between a ground-breaking Catskills summer camp in forging together the people who fought (and I do mean fought) for the ADA (American Disabilities Act), which celebrated its 50th year in 2020. The takeaway, which became more illuminating during the summer of the Black Lives Matter movement, is that if you want substantive change in this country you have to organize, fight and legislate for your rights.

3 – “Camden Park Queen,” BRATCAMB – CD and digital recording https://bratcamb.bandcamp.com/releases Our band, Big Rock and the Candyass Mountain Boys was the first band into the new studio of James Barker, Tyler Childers’ guitarist. Getting it done (getting anything done in 2020) has felt rewarding on many levels. In a hard year, we were able to give a nod to Camden Park, which we all love. We were able to cut this before our lead singer had cancer surgery at OSU. We reeled in the fam, former bandmates Rod Elkins and Jared Holley and we got to record our original songs with life-long musician friends, Ted Harris and Warren Owings, who were at Kent State University during the May 4, 1970 shooting. Incredibly they still play together in a band, our band.

4 – “Die Midwestern” Arlo McKinley (Oh Boy Records) https://www.ohboy.com/arlo-mckinley Covid took many epic musicians this year and during a bad spell, NPR Music contracted me to write life features on some of America’s great musical acts (in case they would pass) and so it has been easy for me to give way to the darkness and focus only on what we have lost or could lose at any moment. But I have also been blessed this year to get to chronicle our resiliency, inking the biography for the hard-scrabble life and songs of Cincinnati-based Arlo McKinley. He was the last artist the late John Prine (who died of COVID-19) signed to Oh Boy Records. It has brought me a tremendous amount of joy to see Arlo, at 40, rise nationally to share the songs of our people in Southern Ohio — the overwhelming loss of friends to opioid addiction, that gnawing want to leave, but our steel reserve to stay, defy the odds and live to see another day in the place tattooed on your heart.

5 – Good Time Christmas Show – (Internet music series on Facebook as Good Time Christmas Show) Three years ago, two videographers Michael Valentine and Josh McComas recorded an Advent calendar of daily Christmas music videos with Tri-State musicians.
Last year, with the help of set builder Kyle Quinn, and a house band, Good Time Christmas Show raised $75,000 for local charities with a live show. This year, against all odds, they created an amazing set at West Edge Forest at the West Edge Factory in Huntington. Over the past month, their creative team has hosted 61 different guests, everyone from Tim Irr and Sasha Colette to The Carpenter Ants and Arlo McKinley, to spread Christmas cheer through live music recorded one at a time and socially distanced. Their daily creations and unwavering dedication to keep their hand on the plow and hold on in these hard times has filled my soul’s cup daily with enough joy, cheesy laughs and cheer to make it into 2021. I think I can. I think we can.

— Dave Lavender, a Franklin Furnace native who lives in Huntington, has worked in local journalism for more than two decades and is the Apprenticeship in Motion AIM WV coordinator at West Virginia Development Office.