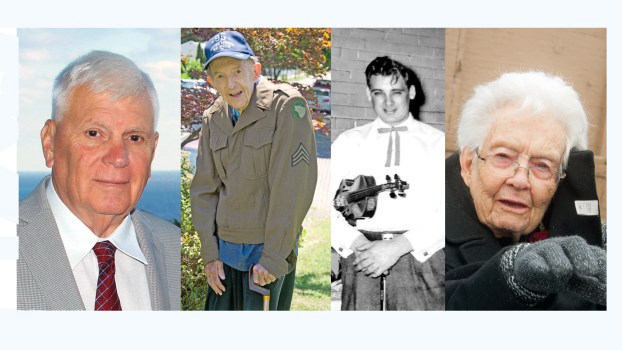 Lawrence County and the Tri-State said farewell to many people in 2020 who were known for their contributions to the region and beyond. They came from all walks of life and contributed greatly to the tapestry and history of our community.
Here some of the notable names who passed:

Arthur Kimble
Arthur Kimble died in Colorado on Jan. 23 at age 83. A former Lawrence County resident, he was the first chief and a founder of the Upper Township Volunteer Fire Department and owner of Art’s Superette, Art’s Service Station and Art’s Campground. 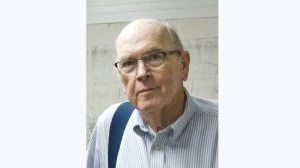 Bill Duncan
Chesapeake council member Bill Duncan died on Feb. 15 at age 71. A 56-year employee of Schneider-Hall Funeral Home and a charter member of the village’s fire department, he was heavily involved in civic groups in the area, including the Rome-Chesapeake-Proctorville Lions Club.

Mary Bishop
Mary Bishop died March 29 at age 98. The Ironton resident, along with her husband, was a familiar business owner to many in the city, having built, and operated Bishop’s Little Giant and Bishop’s Barn, located on South Fifth Street.

John Galloway
John Galloway died April 9 at age 79. A member of the Lawrence County Chamber of Commerce and the board of directors at Ohio University Southern, Galloway and his two sons organized Big G, Inc., beginning business as Pickett Concrete, operating, multiple concrete trucks and over the road material haulers.

‘Bunn’ Sloane
One of the longest-lived Lawrence Countians died on April 29. Verna “Bunn” Sloane, a retired Lawrence County General Hospital employee was 104. A volunteer with local charities, she made headlines in 2016 when she was chosen as one of the first two passengers to ride across the Oakley C. Collins Memorial Bridge at its opening.

Richard Meyers
Richard Meyers, a former three-term Lawrence County prosecutor, died at age 79 on May 6. An attorney, member of several civic organizations and longtime village solicitor for his home of Chesapeake, he was credited as instrumental to the founding of the village’s community center and recalled as a mentor by many current officeholders throughout the county.

Rick Heaberlin
Rick Heaberlin died on June 18 at age 75. The Rock Hill graduate was the owner of Jo-Lin Health Care and had retired in 2017 after 33 years of service.

Jerry Deer
Local music lost a legendary fiddler on June 22. Jerry Deer, 77, of Ironton, played for more than six decades, forming the Deer Brothers Band and playing on radio, television and at many events in the Tri-State. Deer also served as a mentor to another local musician, teaching Jason Carter, of Greenup, who plays fiddle in the Del McCoury Band.

Gloria Hopper
A familiar face to Ironton shoppers passed on July 29. Gloria Hopper, 66, worked for nearly three decades at Merle Norman Cosmetics. The Rock Hill graduate had recently followed the store in its return to a downtown location. 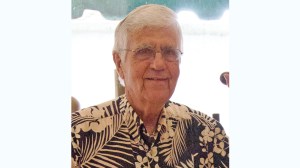 Jack Fowler
Jack Fowler, the founder and director of the Point Pleasant River Museum and Learning Center, died Aug. 10 at age 85. A former Point Pleasant council member, Fowler’s love of the Ohio River and the region was infectious and he amassed a sizeable collection of artifacts for the celebrated museum. The collection survived a 2018 fire, which ruined the building, and he had been working to give them a new home.

Jan Fox
Marshall University lost one of its most dedicated faculty members on Aug. 15. Jan Fox, 61, of South Point, served at the university for more than 30 years in several positions, including its senior vice president for IT/CIO.

Ben Musick
South Point High School lost a valued faculty member on Aug. 31. Ben Musick, 52, of West Portsmouth, taught language arts at the school, where he was well-liked by students. 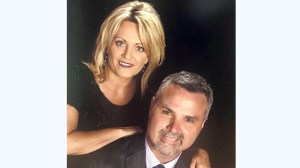 Lorena & Steve Cahal
The community was shocked and heartbroken at the sudden passing in September of LoRena and Steve Cahal from injuries sustained in a crash with an impaired driver near South Webster on Sept. 5. LoRena, 50, was a family advocate at the Lawrence County Early Childhood Academy and served on the board for Lawrence County Developmental Disabilities. Steve, who was 51, worked as a truck driver for U.S. Foods. The South Point couple was known for their work with community groups and their dedication to developmental disabilities issues in the county. 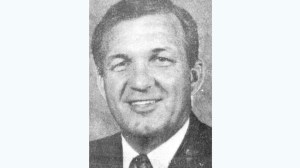 Bill Ogg
Former state Rep. Bill Ogg died Sept. 10 at age 83. He served as a Portsmouth city council member and a Scioto County commissioner before being elected to four terms in the Ohio House of Representatives, representing the 89th District, which included a portion of Lawrence County.

The 75th anniversary of the end of World War II took place in August and The Ironton Tribune published a special section highlighting surviving veterans in our region. Shortly after, two men who shared their memories and experiences with us passed:

Paul Johnson
Paul Johnson, a resident of the Wyngate at RiversEdge in Rome Township, died on Sept. 28 at age 94. A Huntington native who formerly owned and operated Paul Johnson Coffee Shop in the city, he was a veteran of the Pacific theater of operations, serving on the USS Lindenwald LSD-6 in the Philippines.

James Gallagher
James Gallagher, of Ironton, died on Oct. 7 at age 95. The former president, chief executive officer and chairman of the board of Liberty Federal Savings & Loan in Ironton, Gallagher led a machine gun squadron with the 104th Infantry “Timberwolf” Division, serving in the Battle of the Bulge, taking part in night fighting in Belgium and Germany and helping to liberate the Dora-Mittelbau Concentration Camp. 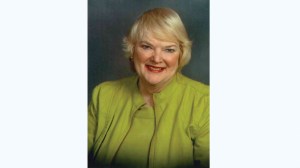 Sue Massie
On Oct. 13, Ironton lost someone who embodied the spirit of community. Sue Massie, 83, served as president of the city’s Child Welfare Club. Named as an Outstanding Young Woman in America in 1968, Massie was director of marketing and public relations for River Valley Health System, was president of the Ironton City PTA council, a den mother for the Cub Scouts and served on the boards of the United Way, Boys & Girls Club, Cancer Society and the American Red Cross. 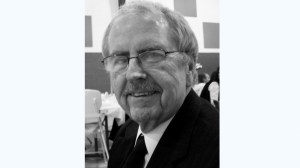 Robert Culp
On Nov. 28, Ohio University Southern bid farewell to of the faculty members key to the development of the southern campus. Robert Culp, 80, taught at the campus for 18 years. A former chemist for Ashland Oil, he helped to build the science department at the school. He was also known for his outreach to children, appearing in costume as The Science Wizard at regional events and sharing the love of his subject.

David Swartzwelder
One of the area’s most-celebrated ballplayers died on Dec. 12 at age 81. David Swartzwelder, of Ironton, was known baseball playing days at Coal Grove and later in the softball leagues in Ironton and the area. In high school, he was co-captain of the football team, captain of the basketball team and was voted “Most Sports Person” in Coal Grove and lettered in all three sports. Swartzwelder, who inducted into the Tri-State Sports Baseball/Softball Hall of Fame, also assisted with the annual 5K Memorial Day Run in Ironton and raised scholarship money for veterans.

Curt Boggs
Former Ironton High School principal Curt Boggs died Dec. 18 at age 86. He served the school for 20 years until 1992. He was a standout athlete at South Point High, where he graduated, before attending Ohio State and Marshall University, and worked at the city welfare office and served in Michigan schools.

Larry Browning
Powerlifter Larry Browning, of Ironton, died on Dec. 3 at age 79. He was a World Champion in the senior division in 1994 and 1995 and he was the National Champion three times in 1990, 1992 and 1994. During his competing career, he set 22 world records and 13 American records and was well-known locally for his work with children.

Stephen Baise
Stephen Baise, 66, a retired history teacher from South Point High School, died on Dec. 3 at age 66. The longtime announcer for the school’s athletic events, he was also a volleyball and softball coach and advisor to the school’s Young Democrats group

COVID-19 PANDEMIC
To date, the COVID-19 pandemic has claimed more than 336,000 lives nationwide, including 44 in Lawrence County. The county’s first death occurred on Aug. 7, when Jon L. Justice, of Coal Grove, passed from complications of the virus. His wife’s aunt, Ethel Webb, was the second death in the county on Aug. 13. Others from the region who died from COVID-19 included Debbie Burcham, of Proctorville, an accountant and the wife of Lawrence County Treasurer Stephen Dale Burcham, on Oct. 30, and Mike Crabtree, who was serving his fifth term as Scioto County commissioner and died on Dec. 2.