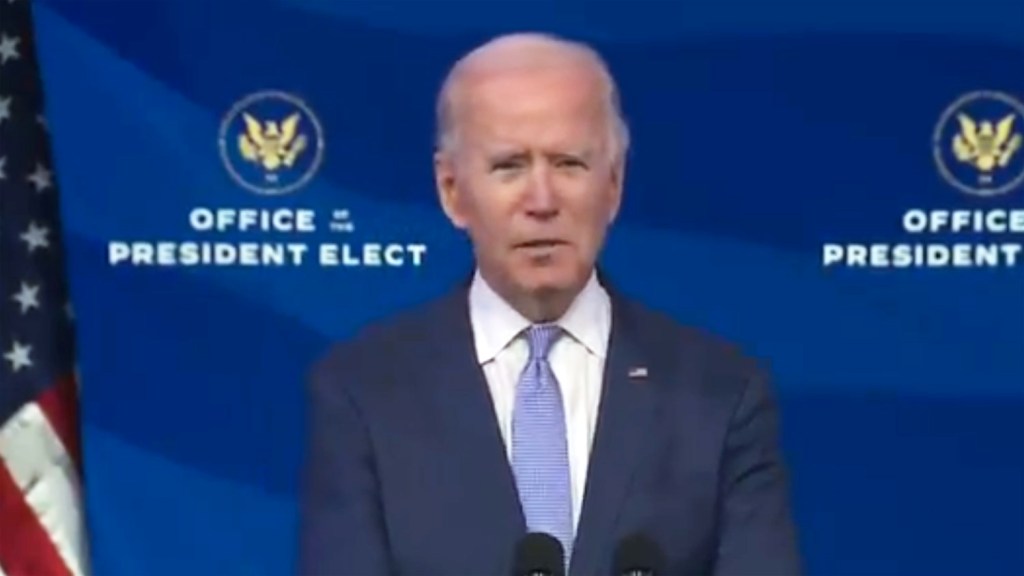 President-elect Joe Biden addresses the nation about the violence in Washington, D.C. on Wednesday. (Screengrab)

WASHINGTON (AP) — President-elect Joe Biden has called the violent protests on the U.S. Capitol “an assault on the most sacred of American undertakings: the doing of the people’s business.”

Biden also demanded President Donald Trump to immediately make a televised address calling on his supporters to cease the violence that he described as an “unprecedented assault’ as pro-Trump protestors violently occupy U.S. Capitol.

Biden called on Trump “to fulfill his oath, and defend the Constitution, and demand an end to this siege.”

Biden’s condemnation came after violent protesters breached the U.S. Capitol on Wednesday afternoon, forcing a delay in the constitutional process to affirm the president-elect’s victory in the November election.

Biden addressed the violent protests as authorities struggled to take control of a chaotic situation at the Capitol that led to the evacuation of lawmakers.