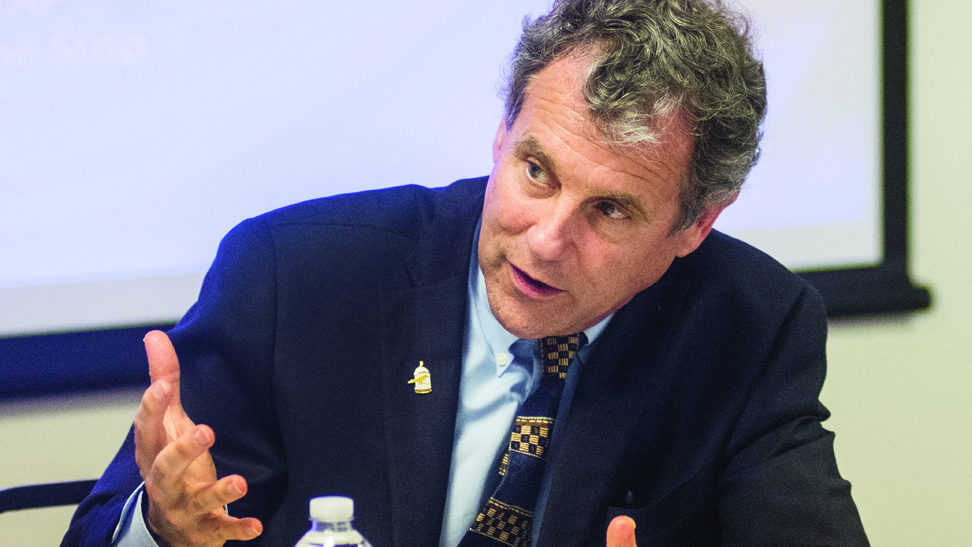 “Yesterday was a dark day for our country,” Brown said in a news release. “Domestic terrorists attacked our seat of government, at the behest of the President of the United States. This was his last, desperate attempt to overturn the will of the American voters, but he failed, and democracy won.”

Brown said the president must be held “accountable for inciting this attack on our country.”

“The cabinet and vice president should immediately invoke the 25th Amendment to remove him from office, to prevent him from doing more damage between now and Inauguration Day,” Brown said. “And in 13 days, Joe Biden and Kamala Harris will take their oaths of office and begin the work to bring out the best in our nation rather than the worst, supported by a Democratic Senate.”

Calls for the use of the 25th Amendment also came from others in Congress on Thursday, including U.S. Sen. Charles Schumer, D-New York, who will serving as majority leader in the chamber, U.S. Sen. Bob Casey, D-Pennsylvania, U.S. Patty Murray, D-Washington, and U.S. Rep. Adam Kinzinger, R-Illinois.

Ohio’s Republican U.S. senator, Rob Portman, condemned the attack on the Capitol building in a statement on Wednesday evening.

“I condemn the violent and criminal acts that took place at the U.S. Capitol today,” Portman said in a news release. “These shameful actions to disrupt a session of Congress and vandalize the Capitol building should never happen in our great republic.”

Portman said the U.S. Capitol belongs to every American and is a symbol of the citadel of democracy.

Portman outlined his intention to vote to certify the Electoral College votes for Joe Biden’s win in the presidential race, which he followed through on later in the night.

“It is time for President Trump to embrace the peaceful transfer of power, which is mandated under the Constitution and a hallmark of our democracy,” Portman said. “The Senate should reconvene in our Chamber to get our work done. I urge the House and Senate to certify the Electoral College results tonight.”