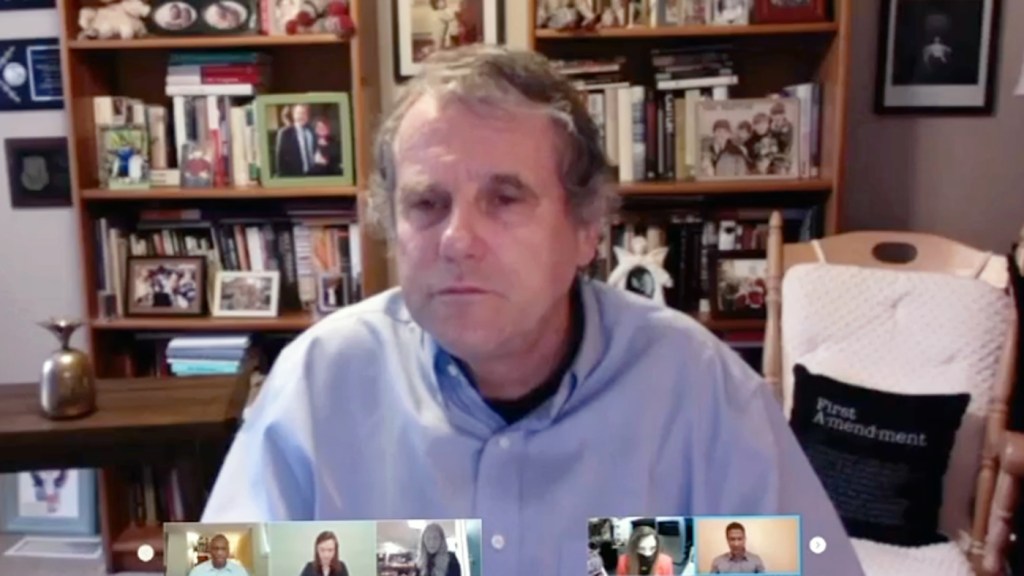 WASHINGTON, D.C. — U.S. Sen. Sherrod Brown, D-Ohio, hosted a video press conference on Friday morning to address the attack on the U.S Capitol and insurrection he said was incited by President Trump.

Brown is joining a number of leaders from both political parties calling on Trump’s cabinet and Vice President Mike Pence to invoke the 25th Amendment to remove Trump from office.

“It’s the best thing for the country, because a lot of people are very concerned about what this president may do in the next coming days,” Brown said in a video conference call with reporters on Friday.

“You think of Dec. 7, 1941 — I think we will think of Jan. 6, 2021 as a dark day for our country.” Brown said. “Domestic terrorists attacked our seat of government and they were incited to do that by the president of The United States.”

Brown said it was Trump’s last “desperate attempt to overturn the will of the American voters.”

“He failed and Democracy prevailed,” Brown said. “Everyone who participated in this attack must be held accountable. This includes the seditionists that invaded our capitol.”

Not only has Brown said Trump is to blame, but he is also placing the blame on congressional Republicans for trying to stop the Electoral College certification vote.

Brown says he is demanding answers from law enforcement, intelligence and defense agencies at all levels about how the Capitol police were underprepared and why their response was “wildly out of proportion.”

“Zero doubt if it was a BLM demonstration, many more arrests and more deaths would have been collected, and that’s how it has happened in the past,” Brown said. “There was a gross discrepancy between Wednesday’s response and the responses for protesters seeking racial justice.”

Brown compared it to protests over the summer.

“The Capitol insurrection absolutely proved the double standard that we saw when Black Lives Matter protesters were at the Lincoln Memorial,” he said. “Nobody works inside of the Lincoln Memorial and nobody’s there except Abe Lincoln in marble sitting on a chair.”

The kind of security they had to stop a BLM rally sparked a deep contrast, Brown said.

Brown said after speaking to his staff and listening, he found that, just getting in the building some days is different for Black staff members then it is white staff members. He said Black women receive more questions when using a different entrance then white staff.

“I don’t think we listen to that enough,” Brown said. “Look at the percentage of African-Americans because of Jim Crow, Black codes and redlining that simply can’t buy houses and pass intergenerational wealth to the next generation.”