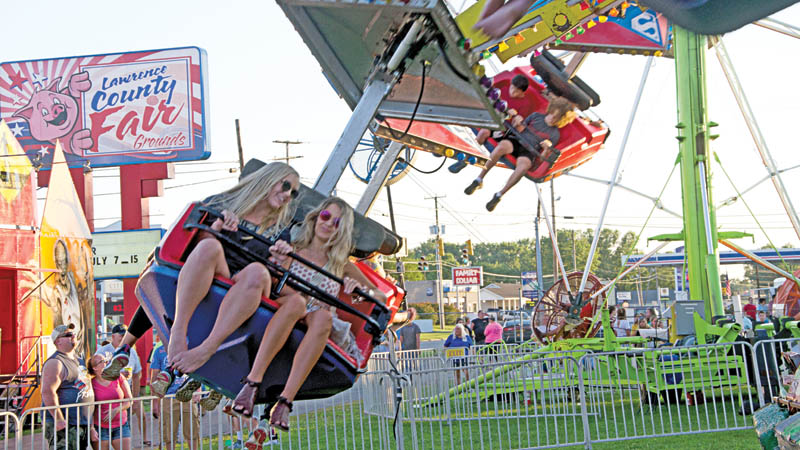 People enjoy a ride on the attractions at the opening day of the Lawrence County fair in 2017.

While signing House Bill 665, which addresses agricultural societies and amusement ride safety, DeWine issued the following statement, “Although I disagree with components of this legislation, I have signed the bill because Section 4 could not go into effect otherwise. This is a critical component for Ohio’s county and state fairs.”

Section 4 of the bill states that an agricultural society retains control and management of the land occupied by the society if an annual fair is not held.

However, DeWine also vetoed Senate Bill 375, which would have voided a Director of Health order regarding county fairs. In DeWine’s veto message stating the reasons for the veto, he stated the decision to limit all fairs to junior fair events, though a difficult one, was “necessary to prevent the spread of COVID-19 while preserving the essence of our fairs — the many projects that our youth participate in at the fair.”

In the message, he also mentioned the assistance provided to 94 agricultural societies in Ohio, including $4.7 million to local fairs with $50,000 for each fair conducting a junior fair in 2020. Fairs that didn’t hold a junior fair received $15,000 to be utilized for the 2021 season. He also brought up that the Ohio Department of Agriculture waived a required $50,000 local match for a facility grant program allowing for fairground improvements.

He concluded his statement by saying, “A blanket rescission of the current Order does not achieve the goal of working together to properly plan the upcoming fair season while ensuring the public health and protection of the people of Ohio. Therefore, it is reasonable and necessary for the current Order to remain in effect while these collaborative efforts occur.”