Celebrity photographer got his start at WOUB in Athens 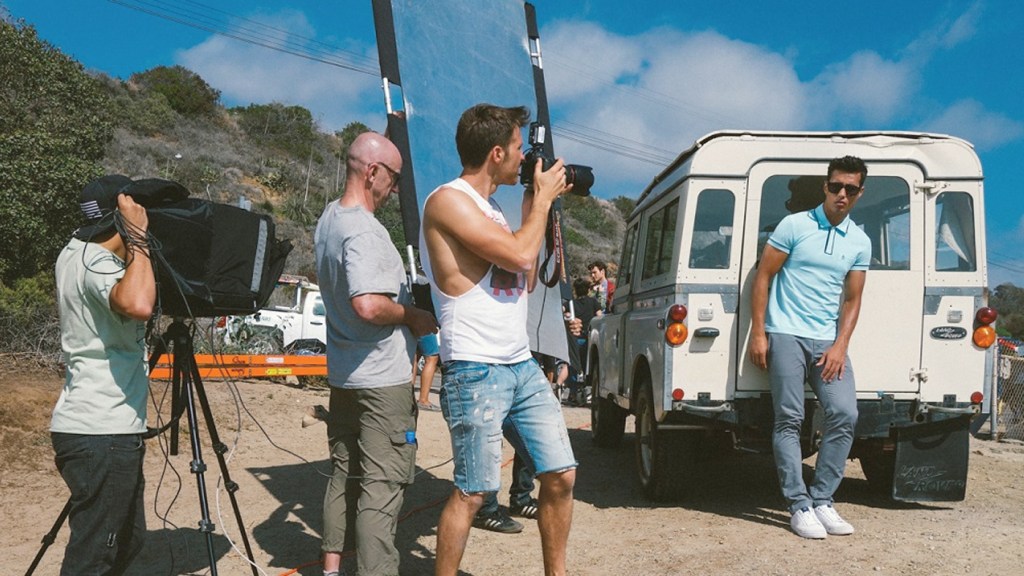 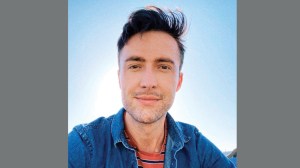 ATHENS — Stephen Busken spent many days and nights during his college years at WOUB Public Media. He spent the time perfecting his skills voicing scripts, anchoring the weather, designing sets, shooting video and taking pictures. And now — he uses all of those skills as a celebrity photographer and voice over actor in Los Angeles.

“WOUB allowed me the freedom to take on things. If you wanted to take something on and take the initiative, there was a team of people who were encouraging you to take on that project and see it through,” said Busken. “I was able to explore different areas of TV and media. I’m really grateful for that. It was so amazing.”

Busken grew up in Cincinnati and became interested in attending Ohio University after learning about the communications program and what students could do at WOUB from a high school friend.

“I went to visit Athens and learned about Newswatch at WOUB,” said Busken. “I saw the opportunity WOUB offered to students and Ohio University became the only school I applied to.”

Busken started at Ohio University in the fall of 2002 and got involved at WOUB right away. He did work behind the scenes and in front of the camera, trying out everything he could to see what he liked to do.

“Before I knew it, I was designing graphics packages for news and Gridiron Glory,” said Busken. “One summer I actually designed the first big set for Gridiron Glory. It was awesome because I got to take the reins, and there were people like WOUB Chief Technology Officer Steve Skidmore who would help execute and build it. I designed a real, live TV set, and it became a reality because professional staff members encouraged me to try.”

While Busken was in college, he got an internship with Scout Productions in Hollywood, a company co-founded by Ohio University Alum and Queer Eye for the Straight Guy Executive Producer David Collins. After Busken graduated, he went right back out to Los Angeles and happened to stop by Scout Productions the day Collins’ assistant quit. Collins offered Busken the job.

“I worked at Scout Productions for close to a year,” said Busken. “I started as assistant and then moved to development coordinator.”
While working there, Busken started taking a voice over class with a co-worker.

“I remembered my days at WOUB when I would sit in the recording booths for hours and record fake commercials with different voices. I thought it would be awesome to be a voice over actor, but I had no idea how you even started doing that. But once I started taking the class, I started making connections and got offered my first voice over job.”

Busken’s first voice over job was an advertisement for Sharp Copiers. After that he got a voice over agent and started auditioning. That lead to a job as the narrator on Animal Planet’s Call of the Wildman series.

“The casting call asked for a voice that was Kentucky and a little hillbilly,” said Busken. “Since I grew up on the border of Kentucky, I knew I could turn that on. I got to narrate each episode. It was a great gig. I’ve also done voice over work for Discovery networks and Nickelodeon”

Around the same time, Busken started pursuing his love of photography. Within a year, he got a photograph published in Vanity Fair.

“When that happened, I thought there might be something to this,” Busken said laughing. “Now I take photographs of celebrities for magazine features and interiors for design magazines.” 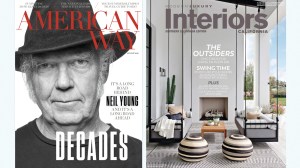 “We shot out in Malibu at his managers house, and he’s just such an icon. Having him in front of my lens was pretty wild. I listened to his music for years. In my opinion, he’s on par with The Beatles, such classic music.”

Busken’s primary focus now is his photography business, and as that continues to grow, he’s finding that he is calling more and more on the skills he learned at WOUB.

“When I was at WOUB, I learned all about media production,” said Busken. “As a photographer, I’m not just responsible for shooting pictures. I also have to produce 20 Instagram posts and put together social videos for clients. So, things are coming full circle including more of what I learned at WOUB.”

About WOUB Public Media
As a member station of both NPR and PBS, WOUB Public Media is a trusted source of news, local content and educational resources that have proven to be worthy of the time, effort and support of our users. WOUB, an experiential-learning unit of the Scripps College of Communication at Ohio University, is a non-profit, community-supported multimedia organization which provides online and broadcast services, along with non-broadcast educational services and student professional development. WOUB serves 55 counties throughout southeastern Ohio, western West Virginia and eastern Kentucky with its broadcast signals. WOUB Radio’s FM Network has transmitters in Athens, Chillicothe, Ironton, Zanesville and Cambridge, while WOUB AM serves the immediate Athens area. WOUB TV is made up of seven television channels (WOUB HD, WOUB Classic, WOUB World, WOUB Create, WOUB Ohio, WOUB Kids and WOUB Voicecorps Reading Service) which are broadcast from two transmitters.

Through its support of public service, teaching, research and administrative missions, along with its high-quality local content and programming, WOUB enriches, enhances and expands the lives and horizons of the people in the communities it serves, as well as Ohio University faculty, staff and students.

Chillicothe to be featured in upcoming production of ‘Our Town’