Biden, Harris to be sworn in today 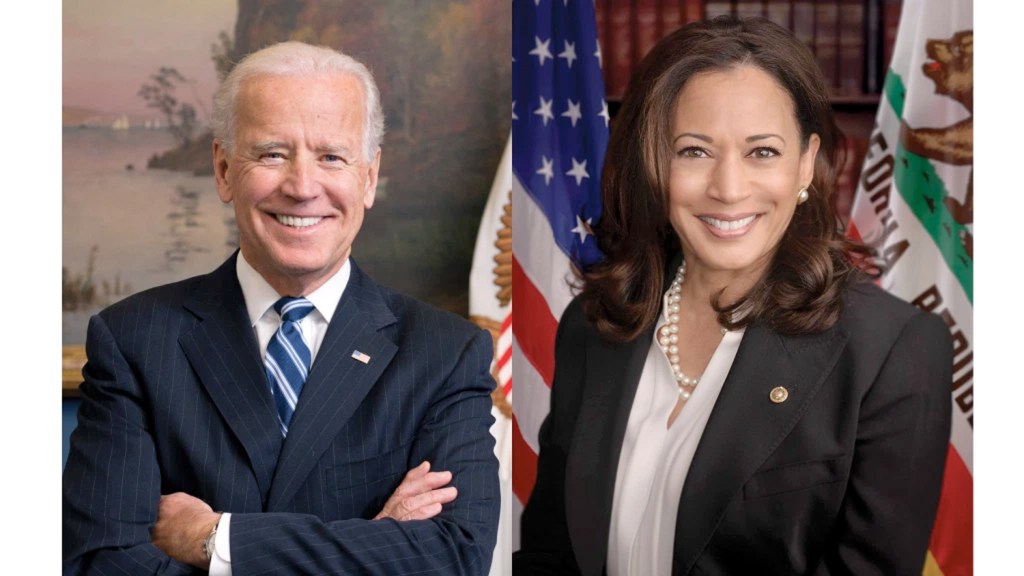 President-elect aims for unity at daunting moment for U.S.

WASHINGTON, D.C. (AP) — President-elect Joe Biden will take the stage for his inaugural address today at perhaps the most difficult starting point for a president since Franklin D. Roosevelt began his first term by assuring a nation scarred by the Great Depression that “we have nothing to fear but fear itself.”

But memorable turns of phrase like Roosevelt’s are more the exception than the rule when it comes to inaugural addresses.

Former President Barack Obama in his memoir noted that singer Aretha Franklin’s showy hat and a glitch in Chief Justice John Roberts’ administration of the oath of office got more attention than his speech in the days following the first Black president’s address, delivered as the nation was mired in recession and a growing malaise over two intractable wars.

Now, with the coronavirus raging, unemployment claims soaring and partisan divisions sharpening, Biden faces a fraught moment as he prepares to deliver a speech that aides say he wants to use to “call Americans to unity.”

“The situation he faces is absolutely brutal,” said Cody Keenan, who served as a chief speechwriter for Obama and assisted with his two inaugural addresses. He added that Biden in many ways is ”the perfect president for the moment, because he is not hyperbolic, he’s not a bomb thrower, he’s surrounded himself with policy wonks who already have all these plans. I think what we are going to hear him talk about is ‘Here’s where we are, here’s what we have to get done.’ I think that’s going to go a long way just to making people feel better.”

With the current mood of the country, Biden’s consistent focus on restoring “the soul of America” may be of greater value to the nation than any soaring oratory, in the view of some Democratic allies of the incoming president.

“It is entirely possible that this inaugural is one we remember for generations to come, because of the gravity of this moment” said David Litt, who served as an Obama speechwriter and wrote the comedic memoir, “Thanks, Obama: My Hopey Changey White House Years.” “But I also think it’s possible that the signature speeches of the Biden administration come at less expected moments and that would be par for the course.”

The inaugural address is as much a celebration of the peaceful handover of power as it is a set piece for a new or reelected president to lay out a vision for the nation. In recent memory, inaugural addresses have followed a predictable structure: The nation has challenges but there is hope to solve the problems if the president’s agenda is embraced.

One tradition dating back at least to Jimmy Carter’s 1977 inaugural is for the incoming president to offer the nation’s gratitude to the outgoing president — a moment of graciousness intended to put aside the strife of the political campaign and signal to Americans that it’s time to come together as a nation.

President Donald Trump won’t be there to hear it. He’s already said he won’t attend the inauguration — the first outgoing president to skip his successor’s swearing-in since Andrew Johnson did not attend Ulysses S. Grant’s inauguration in 1869.

Ari Fleischer, who served as press secretary for President George W. Bush, said there are still ways that Biden’s speechwriting team can continue the tradition of honoring the peaceful transition of power by simply giving a nod to the past presidents and Vice President Mike Pence, who are expected to be at the Capitol for the address.

Biden chief of staff Ron Klain said during a recent event hosted by The Washington Post that the president-elect has been chipping away on the address through the entire transition — taking time every few days to write and rewrite his thoughts. His speechwriting team is led by longtime Biden collaborator Vinay Reddy.

More important than flowery oratory is substantively demonstrating how Biden will take steps to begin unifying a country that remains emotionally raw because of the pandemic and a divisive election cycle that culminated with the violent insurrection at the Capitol, Fleischer said.

“Don’t dwell on today’s difficulties. Focus on tomorrow’s answers,” Fleischer advised. “Soaring oratory is just not Joe Biden. The effectiveness of his speech is going to be much more about what he says than how he says it.”

Edward Frantz, a presidential historian at the University of Indianapolis, said Biden’s daunting moment has parallels to what Roosevelt faced in 1933 as he sought to rally support for his agenda, as well as to Rutherford B. Hayes, who delivered his inaugural address in 1877 after winning by a single Electoral College vote in an election in which he and his allies alleged fraud in several states.

In addition to pushing a message of unity for Americans, Biden should signal to the world that the United States will recalibrate after four years of Trump, Frantz said. That may be easier said than done, though.

“How do you talk about returning to new normal while also not seeming arrogant about the United States’ position in the world — especially after what’s transpired over the last four years of the Trump administration and also with what foreign observers watched in horror as the riots transpired,” Frantz said. “There really is no parallel to what Biden faces.”