Exotic pet could stir up croc of troubles

Dear Lawyer Mark: I have a baby pet crocodile that I picked up when I went down to Florida.

Although it is small, it’s teeth are so sharp that I wear a special glove when I handle it so that it doesn’t bite me and cut into my hand.

Believe it or not, the croc is fairly friendly and has been a hit with all my friends.

Someone told me that if it were to get out of its aquarium and escape, I would be in all kinds of trouble if it bit someone.

It’s a great pet, but I don’t want it if it is going to end up costing me a fortune down the road.

Could I have problems if it goes out? — CROCODILE OWNER

Dear Croc: There are a couple of areas of law with which you should become familiar if you intend to keep your “pet.”

The first is the area of tort law. Typically, the law says that a person is strictly liable for any injuries caused by an exotic animal that is inherently dangerous.

In other words, if your crocodile were to bite someone, you would most likely be responsible for any damages, including medical bills, pain and suffering, etc. if they sue you.

Having such a pet exposes owners to tremendous amounts of risk in lawsuits, and many homeowner’s insurance policies may not cover awards in these types of cases.

In addition to the area of tort law, you should also be aware of that there is a state law which says that if you have an animal not indigenous to this state and it escapes, you must report the escape to law enforcement officers and to the clerk of council or township clerk within one hour of discovering the escape.

Failure to do so is a first-degree misdemeanor, and subjects you to criminal prosecution.

Finally, you should be aware that many cities and towns have ordinances against types of animals.

You don’t say where you are from in your letter, but I would suggest you ask city or village officials about the legality of keeping your pet.

Dear Lawyer Mark: A couple of my friends and I love to make prank phone calls to our neighbors.

A couple of them got caught awhile back when one of the people that got called had Caller I.D., and they got into a lot of trouble with the neighbor.

He had said that he was going to press charges if any of us ever prank him again, and that we could go to jail since we’re all over 18.

Well, we were all celebrating because of my friends turned 21, and they called him again, but used my phone this time. I listened in on the prank, but didn’t take part — there was no way I was going to get into trouble for their prank. The guy called back and said he was going to file a complaint against me, and that he would see me in court.

Can he file charges against me when I didn’t actually do the prank, it was just done from my phone? — PRANKSTER IN PROCTORVILLE

Dear Prankster: You can be prosecuted under Ohio’s telephone harassment law, revised code section 2917.21, if you allowed a call to be made from a phone under your control, and the phone call was made with the purpose to annoy or to harass, or the person called had told the caller in the past not to call again.

The law simply doesn’t allow for someone of your age to do something so juvenile as to make prank calls to annoy people.

Thought for the week: The man who doesn’t read good books has no advantage over the man who can’t read them. – Old Proverb 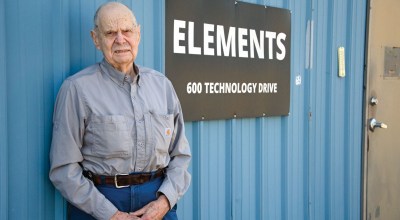 EDITORIAL: Time for family fun on the riverfront