Editorial: Leading the way in crisis 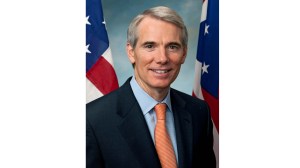 On Monday, U.S. Sen. Rob Portman, R-Ohio, surprised the political world by announcing that he would not seek a third term in office.

The news set off a flood speculation about who will be filing to fill his open seat in 2022, as well as tributes from across the political spectrum for his work in office.

One of the biggest parts of the senator’s legacy will be his work on the opioid crisis.

In the past year, he has made it a point to keep attention focused on the opioid epidemic, even as the COVID-19 pandemic pushed it out of the headlines.
Portman has been one of the leaders in Congress in working to secure resources for fighting addition. As the author of the Comprehensive Addiction & Recovery Act, in 2016, he provided a major boost to evidence-based prevention, treatment, and recovery programs. And he has worked in years since to increase that funding.

While, in 2019, his Combating Meth & Cocaine Act was signed into law, giving states more ability to use funding to address the resurgence of psychostimulants such as methamphetamine and cocaine.

Drugs and the addiction epidemic have hit Ohio hard in the past decade, but, thanks to Portman’s work, communities have had assistance in tackling the problem and great strides have been made.

We are thankful for his work on this issue and hope whoever follows him in office will similarly make the crisis a priority.