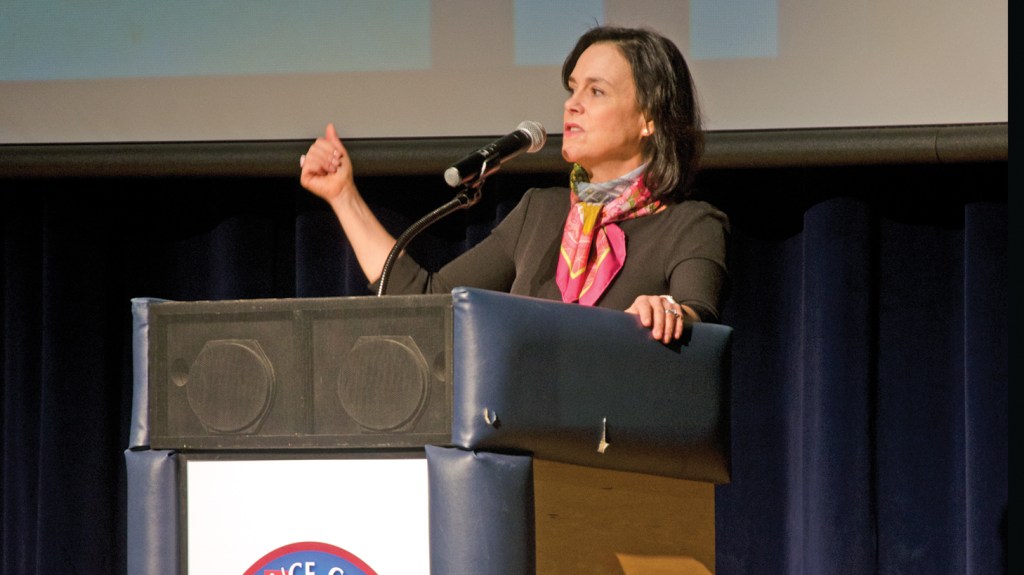 CINCINNATI (AP) — An Ohio Republican linked closely to Donald Trump stepped down Friday as the party’s chair, a signal of her interest in running for the U.S. Senate for the seat being left by the GOP’s Rob Portman.

With Trump’s backing, Jane Timken took over the party leadership from a state chair allied with former Gov. John Kasich, a Republican opponent of Trump. State Republicans have done well during her four years, and while untried as a statewide candidate herself, she is well-connected and wealthy.

“President Donald J. Trump is the leader of our Party, and I am incredibly excited to continue to fight for him and the America First agenda in a new capacity going forward,” Timken said in a statement, saying she will announce her plans “in the coming weeks.”

In her last Tweet before her announcement, Timken criticized Rep. Anthony Gonzalez, an Ohio Republican, for voting for Trump’s impeachment. The wife of the former CEO of TimkenSteel called it the “sham impeachment,” and praised Trump in Tweets ahead of that one.

Portman’s surprise announcement Jan. 25 that he would not seek a third term has whipped up a storm of interest among potential contenders  for what could have been a tough race against a well-funded GOP incumbent. A dozen or so Ohio politicians have already expressed interest in the 2022 Senate race, and some Democrats are advocating for the party to field a candidate who is a person of color, a woman or both.

Several Republican U.S. House members have expressed interest, along with current and past statewide officeholders.