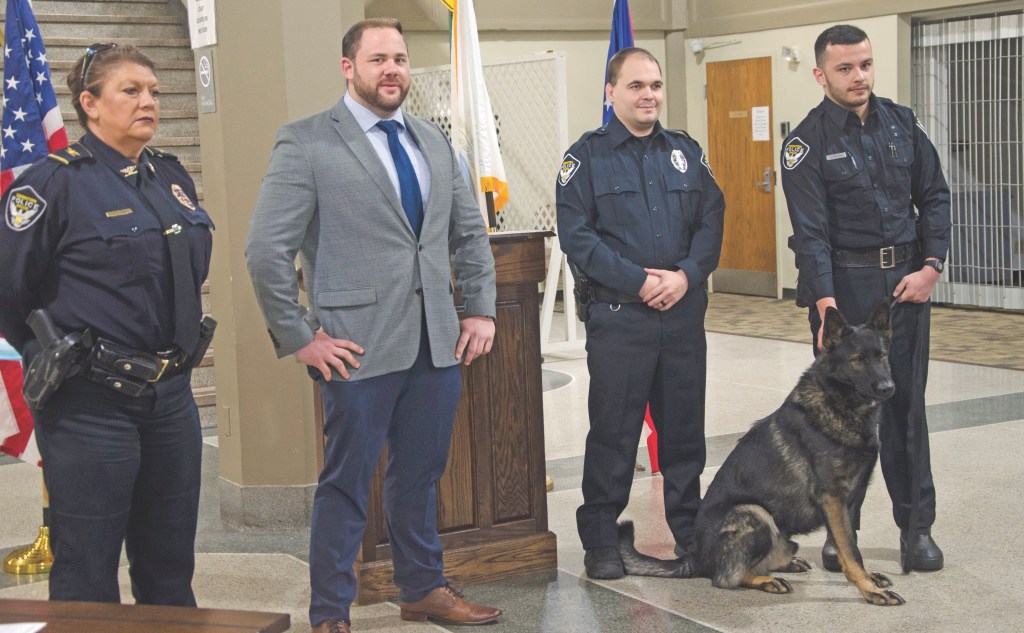 The Ironton Police Department swore in two officers on Tuesday, including its second K-9.

Mayor Sam Cramblit II administered the oath to Ammo, the department’s new drug dog, who came to them from the South Point Police Department.

Police chief Pam Wagner said the department brought Ammo, a two-year-old German Shepherd, on board as South Point did not have a handler for him anymore.

Helping Ammo with the oath was Jordan Reyes, a patrolman who was Ammo’s handler in South Point. Reyes joined Ironton’s force in August 2020.

While he was in South Point, he underwent training for the dog, who joined the village’s police department in 2019.

Wagner said Ammo will be the second dog for the department. Another, Goose, currently works the midnight shift with Capt. Pauley.

Ammo will be used to detect drugs in situations like traffic stops.

Also sworn in at the ceremony at the Ironton City Center on Tuesday was Robert Fouch, a patrolman who comes to Ironton from New Boston and has previously worked with the Coal Grove and South Point police departments.

“He’s been acclimating well with us,” Wagner said of Fouch, who has five years of service in law enforcement, joining the department.