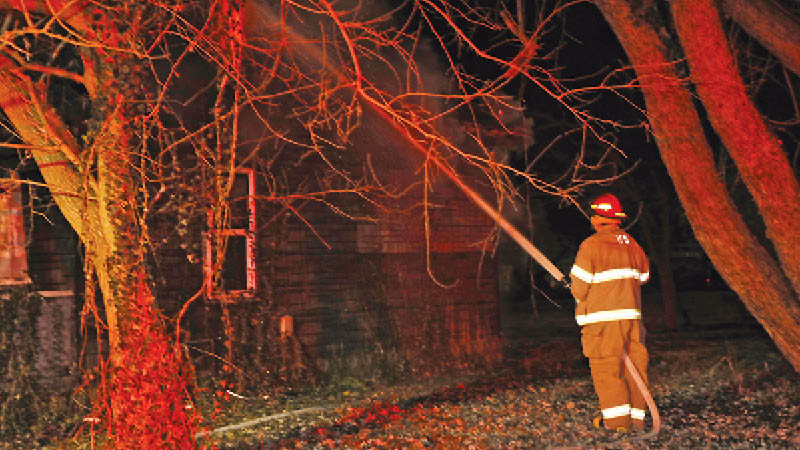 The Ironton Fire Department is investigating a fire that destroyed an unoccupied house on Sunday night and suspect the fire was caused by homeless people.

A report about the house, located behind the Rax restaurant on Third Street in Ironton, came into the fire department around 11 p.m. and crews were on scene until around 3:30 a.m.

IFD Captain Jeff Joseph said on Monday the cause of fire was under investigation. He added the house has not been lived in for a while, as the couple that owned it died and the estate is tied up in court.

“I don’t know when anybody lived in it last,” Joseph said.

Joseph said on Tuesday that it appeared that homeless people had been taking shelter in the house as well as the house next door, which was also unoccupied for some time.

“At this time, it appears the activities of the individuals trespassing in these abandoned homes likely caused the fire,” Joseph said.

He said that there is a growing problem with homeless individuals and groups of homeless taking over abandoned homes in the city.

“We encourage anyone that has an empty home or building not frequently used to make sure they are secured,” Joseph said. “Boarding up windows and doors on the ground floor may be necessary. Securing unused structures helps keep the neighborhood around them safe from unwanted fires, drug activity and other dangers.”