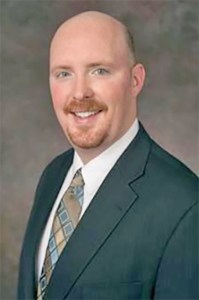 Westwood One and as a radio play-by-play announcer for the New York Mets on WCBS 880.
His broadcast work includes the play-by-play of the NFL, NBA, MLB, college football, basketball, and baseball along with almost 15 years in minor league baseball.
“My family and I are beyond thrilled at this tremendous opportunity. Calling Major League Baseball games full-time has been my career and life goal for many years,” said Sadak. “The chance to do so for the Cincinnati Reds, a franchise known for its rich, extensive history and passionate, loyal fanbase, is a dream come true. We can’t wait to immerse ourselves in our new home city and ballpark. Baseball’s legendary Opening Day can’t arrive fast enough.”
Sadak will also be a regular contributor to Reds Live pre- and postgame shows on FOX Sports Ohio and provide fans behind-the-scenes access via social media. Fans can follow Sadak on Twitter @johnsadak and Instagram @John.Sadak.
“John possesses everything we look for in a play-by-play broadcaster and his knowledge of and passion for the game are delivered with an iconic announcer’s voice. He is more than ready to become the full-time voice of a major league team and we are thrilled to give him that opportunity on the telecasts of the Cincinnati Reds,” stated Randy Stephens, Senior Vice President and General Manager of FOX Sports Ohio.
“Watching Reds games is fun and entertaining. John loves baseball, and his excitement for the game comes through every call,” said Phil Castellini, Reds President and COO. “His knowledge, experience and warmth will resonate with our fans and we look forward to welcoming John into our Reds family.”
Sadak’s Westwood One work expanded in 2015 to add the NCAA men’s basketball tournament, the NCAA women’s basketball Final Four, and the NFL on Westwood One including primetime and playoff games.
He has served as the national radio voice of the Army-Navy football game since 2014. In 2019, he filled in calling Chicago Bulls games on TV for NBC Sports Chicago and New York Mets games on radio for WCBS 880. His CBS Sports work has been on both broadcast (CBS) and cable TV (CBS Sports Network). He has also called games for both the FOX and ESPN families of networks.
His first jobs in professional baseball came in 2003 as a producer for the Low-A Lakewood BlueClaws (Philadelphia Phillies) while serving as a logger for Major League Baseball Productions at Yankee Stadium. He spent most of the next decade calling games for the Advanced-A Wilmington Blue Rocks (Kansas City Royals/Boston Red Sox). During that time, he was named the Carolina League’s Broadcaster of the Year in 2012. In 2013, he made the jump to Triple-A Scranton/Wilkes-Barre (New York Yankees) where his work on the RailRiders’ TV and radio broadcasts earned him national Broadcaster of the Year honors from Ballpark Digest. In 2016, Baseball America named him one of the top broadcasting prospects in the minors.
Sadak spent nearly a decade doubling as the voice of both the 27-time Ivy League champion Princeton Tigers men’s basketball team, and the University of Delaware Fighting Blue Hens women’s basketball team during the Elena Delle Donne era. He has additional experience calling preseason games on TV for the Houston Texans along with championship events in college soccer, ice hockey, boxing, volleyball, water polo, field hockey, and lacrosse.
Beyond Ballpark Digest and Baseball America, Sadak has been honored by the National Sportscasters and Sportswriters Association, Delaware Press Association, Philadelphia Press Association, New Jersey Associated Press Broadcasters Association, Communicator Awards, Society of Professional Journalists and College Broadcasters Incorporated. He was twice named Delaware Sportscaster of the Year according to the National Sportscasters and Sportswriters Association.
Sadak is a two-time Rowan University graduate and a New York City native.