Flood gate goes up on Second Street in Ironton 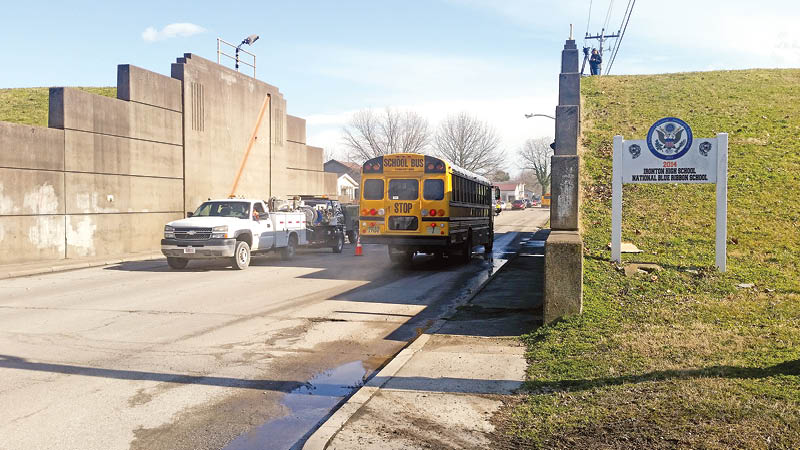 Once the water reaches 52 feet it begins flooding Second Street.

“At 52 feet, the water touches the flood gate,” said Mike Pemberton, the Flood Defense superintendent. “The water has raised fast in the past four hours, faster than it normally does. So we are going to put it up.”

He said according to the forecasts he had seen, the Ohio River will reach at least 52 feet.

Pemberton said he didn’t know long the wall will remain up.

“It will stay up until the water goes back down,” he said.