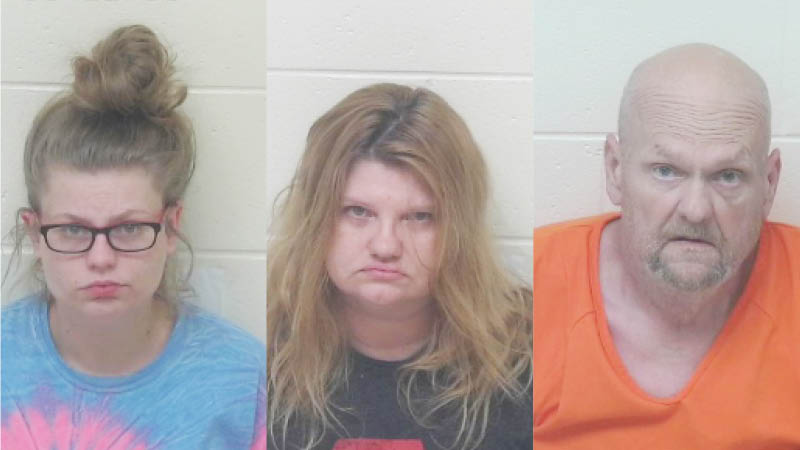 WHEELERSBURG — Three people from Wheelersburg are facing child endangerment charges after a 4-year-old boy was hospitalized with multiple injuries including two black eyes and numerous bruises.

The case began on Saturday after detectives from the Scioto County Sheriff’s Office were called to Southern Ohio Medical Center in Portsmouth. Upon their arrival, they spoke with the child and his mother who had transported him to the hospital.

The mother told detective Sergeant Conkel she had not seen him in several months, since the boy’s father had custody. The mother learned that the father was incarcerated out of town and that he had left the child with his girlfriend.

The mother went to the girlfriend’s house on Possum Hollow Road in Wheelersburg. When the door was opened, the mother saw her child covered in bruises, including two black eyes. The mother pushed the door open and grabbed her child, taking him to SOMC. The child was later transferred to Nationwide Children’s hospital in Columbus for his injuries. The child is currently listed in stable condition.

Sergeant Conkel went to 1192 Possum Hollow Road and the residents arranged for their daughter to go to the sheriff’s office for further investigation. As a result of this investigation, it was determined that the child had the injuries for at least four days and that no one had called for or taken this child for medical treatment.

Children services was contacted, which resulted in two other minor children being removed from this location.

All three are being held in the Scioto County Jail on a $50,000 bond. They were set to appear in Portsmouth Municipal Court on Monday.

Thoroughman stated that the quick arrest was the result of the deputies, detectives, Southern Ohio Medical Center and Nationwide Children’s Hospital working together on this investigation.

This is still an ongoing investigation anyone with information should contact Conkel at 740-351-1091.