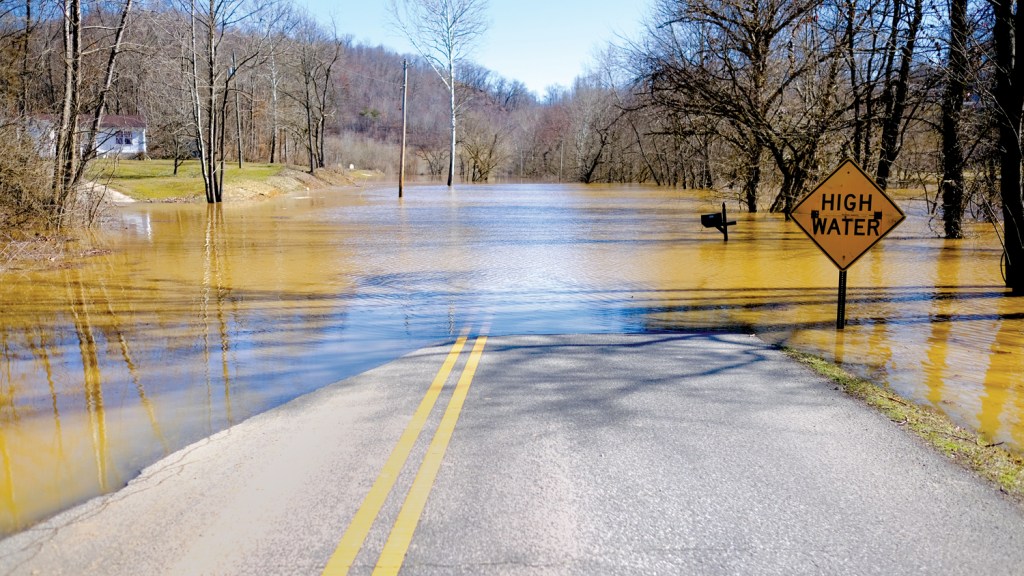 Heavy rains on Sunday, along with the melting snow and ice from three winter storms, brought flooding to many parts of Lawrence County. Pictured above is a submerged stretch of Hog Run Road. (The Ironton Tribune|Jeremy Holtzapfel) 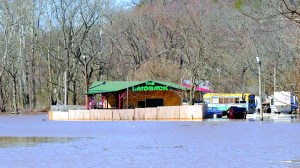 Flood gate goes up on Second Street in Ironton

First came the ice, then came the winds. Now, Lawrence County is overcoming another obstacle-flooding. Images of roads covered from rising creeks and the river have filled social media feeds, with many road closures reported across the county.

In Ironton, preparations are underway to contain flooding.

Once the water reaches 52 feet, it begins flooding Second Street.

“At 52 feet, the water touches the flood gate,” said Mike Pemberton, the Flood Defense superintendent. “The water has raised fast in the past four hours, faster than it normally does. So, we are going to put it up.”

He said according to the forecasts he had seen, the Ohio River will reach at least 52 feet.

Pemberton said he didn’t know long the wall will be up.

“It will stay up until the water goes back down,” he said.

Around 3:30 p.m., they decided to put up the wall after letting buses from the Ironton Elementary and Middle schools get through before starting the labor-intensive work of putting up the 30-foot long steel trusses and wooden beams into the slots on the concrete flood wall.

“It’s a good exercise for the younger city employees,” Pemberton said. “It will be a learning exercise and they’ll know how to do this because I am not going to be here much longer and neither will some of these other supervisors. So, the young guys need to learn how to do this. They need to know how to put it up and the reasoning of when to put it up.”

Pemberton said it is hard manual labor to put it up.

“You got steel beams in there that are 30-foot-long and you have to move them by hand,” he said. “It is not an easy job.”