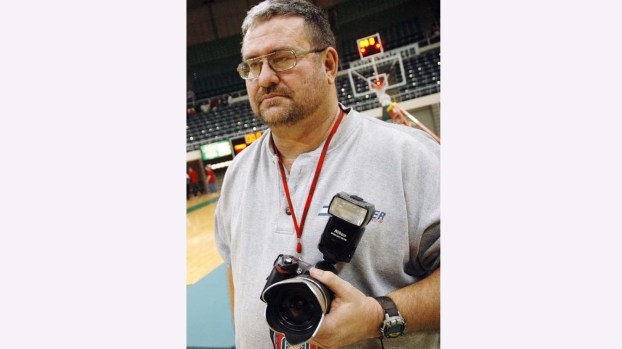 Local photographer Kent Sanborn has died after a battle with cancer.

Sanborn, 61, was a fixture at local sporting events throughout the region and has been a contributor for The Ironton Tribune since 1982.

“Kent, the love of my life, passed peacefully in his sleep early this morning,” his wife, Becky Sanborn wrote in a Facebook post on Thursday morning. “Please keep us in your prayers.”

Sanborn, whose work appeared on his website, Southern Ohio Sports Photos, saw an outpouring of support during his illness.

Multiple school districts in the area had organized a countywide spaghetti dinner fundraiser for him, while The Lawrence County Historical Society announced it is assembling a display for April honoring his work.

When a legendary knuckleball pitcher passed away a few months ago, many may not have known of the local tie... read more