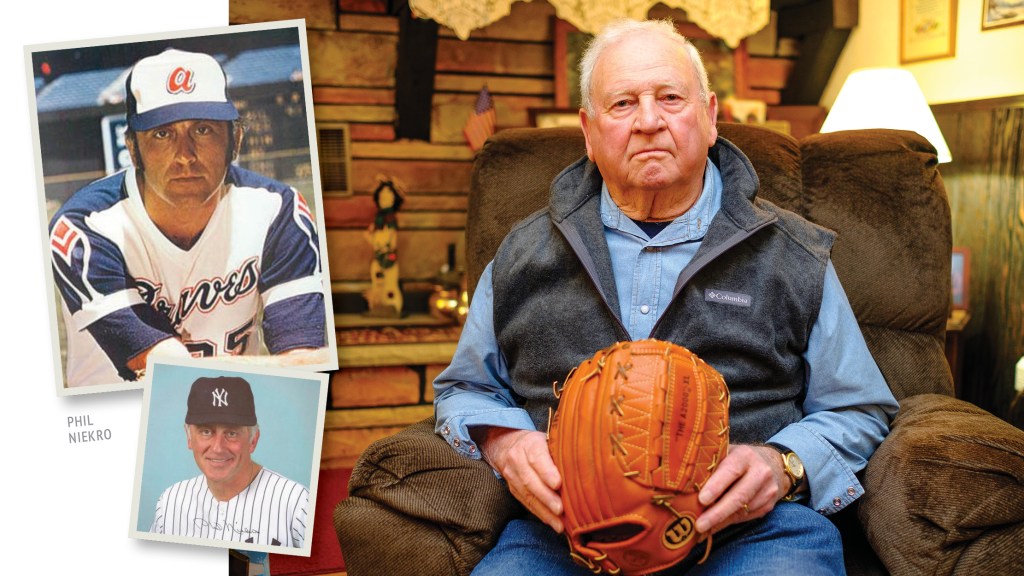 When a legendary knuckleball pitcher passed away a few months ago, many may not have known of the local tie to Ironton.

Atlanta Brave Phil Niekro, a Blaine, Ohio native and inductee of the Baseball Hall of Fame, died Dec. 26 at age 86. His 318 victories in his career were the most by a knuckleball pitcher and he ranks 16th on Major League Baseball’s all-time list.

And the equipment used in those games was made right here in Lawrence County.

Gary Gannon, 86, of Franklin Furnace, worked at Wilson Sporting Goods factory on Third Street in Ironton, where it was located for 40 years.

The Chicago-based company, which produces balls, uniforms and equipment for baseball, football and basketball, had a plant in the city until 1984.

Gannon worked at the facility from 1953-1983, where he was a supervisor and cut gloves for 18 years. His specialty was making custom gloves for the pros.

Gannon said he made the mitts, which he said were “as big as a bushel basket” for the catchers of Niekro and two other knuckleball pitchers.

Because the knuckleballs had so much movement when in the air, the gloves were unique and much larger than a typical catcher’s mitt.

“They turned the gloves back, one finger at a time inserted the lining, then the girls laced them up,” Gannon said of the process at the mill, where about 300 were employed.

Gannon and his wife Patricia had one son. He also crewed with Roger Gustin Motorsports for several years, where his nephew drove a jet funny car.

Gannon said he cut gloves for the company for about 18 years.

“All the pros years ago had hand-cut patterns, paper patterns,” he said. “We made dozens for each of them and we did it once a year.”