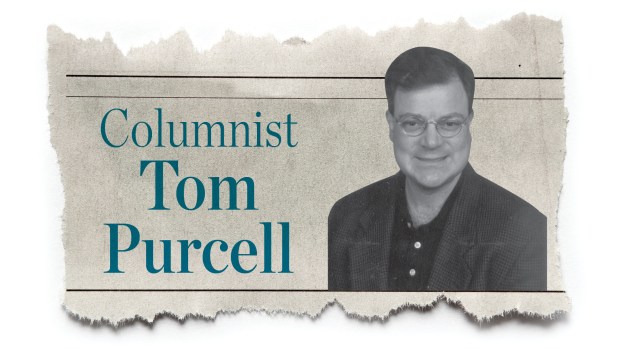 Tom Purcell: Believe it or not, money isn’t the key to happiness

Get this: A study by McGill University has found that more money does not necessarily make people in low-income countries happier.

I like more money as much as the next guy, but that does not surprise me.

People in developing countries like Bangladesh may not have high incomes and own lots of nice material things, but they do have an abundance of two key sources of happiness: More contact with family and nature.

McGill’s study backs me up.

As Chris Barrington-Leigh, a professor in McGill’s Bieler School of the Environment, explained, “When people are comfortable, safe, and free to enjoy life within a strong community, they are happy – regardless of whether or not they are making any money.”

A number of recent studies have come to a very similar conclusion.

A 2017 study by the University of British Columbia found that spending money to buy free time, such as paying others to cook or clean for you, does improve happiness, leave you feeling less stressed and generally more satisfied with life.

Beyond that, however, money does not necessarily make us happier.

According to Time magazine, Dan Gilbert, a Harvard University psychology professor and the author of “Stumbling on Happiness,” believes that having money has some obvious benefits but also limitations.

In other words, once you have enough money to pay your bills and enjoy going out to dinner now and then, additional increases in wealth do not necessarily correspond with greater happiness – or, as one of the academic studies called it, “greater life satisfaction.”

I remember talking with elderly family members, no longer with us, at a family gathering a few years ago.

They told me stories about growing up in Pittsburgh during the Great Depression. They had no money at all – but had no idea they were poor.

Their neighborhood was rich with humanity – kindly old characters, people watching out for them and lots of friends to play with.

They said it took forever to walk to the store and back because so many people stopped them to say hello.

They told me they felt sorry for kids today who have so much material wealth but will never know the deep connections they had with so many neighbors and friends when they were growing up.

But we know all this.

We all know that the happiest moments in our own lives involve friends and family.

These are the people who affect the deeper part of our nature, our spirits and souls, where true happiness resides.

These are the people who can make us laugh so hard our guts hurt – or who are there to help us when we’re down and out and in need of advice or just someone to talk to.

Yet too many of us today spend most of our waking hours not nurturing our friends and families but chasing success and money and a bigger house.

Sadly, we don’t experience the “life satisfaction” that people in some of the poorest countries on Earth enjoy every day – as the true happiness that is right under our noses eludes us.

The relentless airbag recall notices concerning my mother’s old truck have progressed from a mailbox-clogging nuisance to a grim reminder... read more