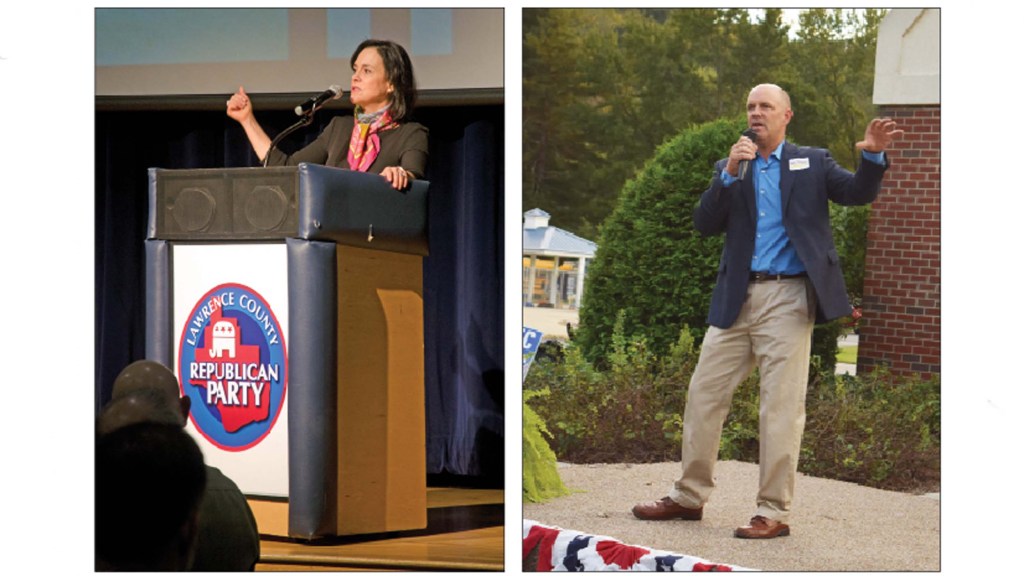 Former Ohio Republican chair Jane Timken picked up an endorsement from our region for her bid for U.S. Senate in 2022.

Timken announced on Wednesday that she has secured the backing of state Rep. Brian Baldridge, R-90, whose district covers part of Lawrence County, along with 18 other Republican state representatives.

Timken, who stepped down as Republican chair earlier this year, is running for the seat being vacated by two-term U.S. Sen. Rob Portman, who announced he is retiring when his term ends in 2023.

Baldridge, a firefighter, paramedic and former Adams County Commissioner, was elected as state representative in 2018.

The former vice chair of the Stark County Republican Party, Timken was elected as state chair in 2017, ousting the previous chair, Matt Borges. Timken presented herself as a staunch supporter of President Donald Trump, who Borges had opposed for his party’s presidential nomination.

Timken presided over two successful general elections for her party as chair, when Republicans swept most statewide offices in 2018 and 2020 and Ohio’s electoral votes went to Trump for a second time in 2020.

She was the keynote speaker at the Lawrence County Republican Party’s dinner in 2019.

Other potential candidates, who have said they are considering a run, include former Ohio Department of Health director Amy Acton, U.S. Rep. Tim Ryan and Dayton Mayor Nan Whaley on the Democratic side, along with businessman Mike Gibbons and U.S. Reps. Steve Stivers, Brad Wenstrup and Bill Johnson, whose district covers Lawrence County, on the Republican side.