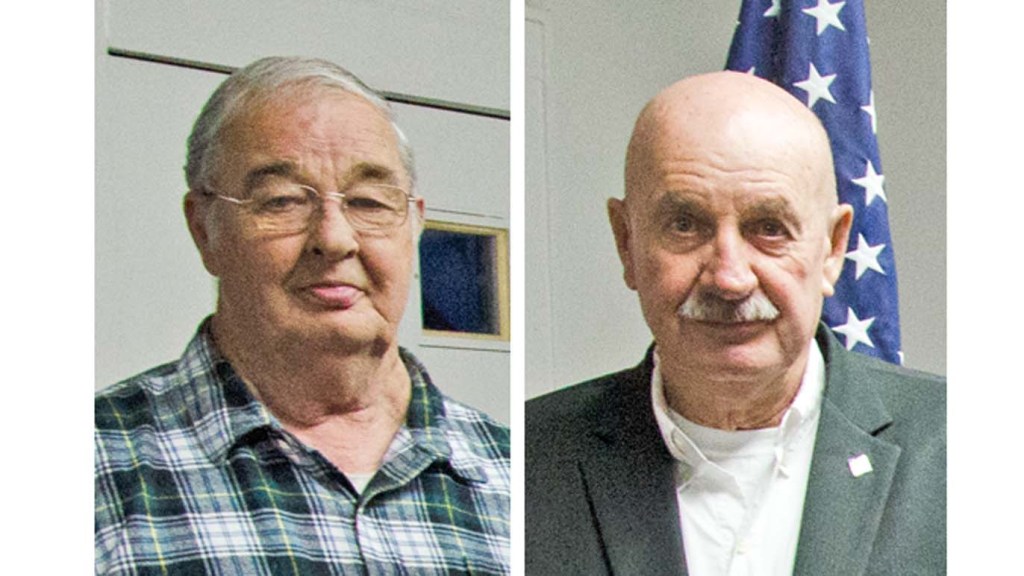 CHESAPEAKE — There are now two vacancies on the village council in Chesapeake.

Mayor Kim Oldaker asked the council, during its regular meeting on Monday, to accept the resignation of council member Richard McMaster.

McMaster, who had not been to the last several council meetings, was stepping down due to health issues.

The council voted 3-1 to accept the resignation, with Paul Hart opposing.

The second vacancy occurred during the meeting, when council member Jim Smith walked out of a lengthy executive session.

Council members have 30 days to fill the vacancies, at which point, they fall to the mayor.

With McMaster and Smith not present following the executive session, the council was limited on the type of business they were able to pass.

Monday’s meeting began with two executive sessions, for which the public was asked to leave the building. The council has been holding executive session in the main chamber, as the regular room they conduct them in is not large enough to accommodate social distancing due to the COVID-19 pandemic.

Oldaker was also part of this session, for which they discussed personnel matters.

The first session lasted just over an hour, at which point Oldaker invited the public back into the building. It was announced that no action was taken. Then, the council voted to go into another executive session on a separate matter.

Oldaker was part of this session for the first half hour. Then, the council met separately for another 10 minutes, before the public was invited back in. Again, no action was taken.

It was during these two sessions that Smith left the building.

When public business resumed, the council heard from Union Township trustee Cole Webb, who presented the contract for the Chesapeake-Union Volunteer Fire Department for renewal.

The one-year contract was basically the same as in past years, with a few adjustments for workers compensation.

However, without five votes present, the village was unable to vote on it and had to table the matter until next month.

They were advised by Cheryl Crum, secretary of the fire department, that, without the contract, for which Union trustees have already voted, the council does not technically have a fire department. She said the department would continue to respond to calls as usual in the meantime.

Crum presented the council with some financial requests for the department.

One was for reimbursement for a $1,400 generator the department purchased to keep power on during last month’s winter storms.

“Without it, we wouldn’t have had power and been able to get the trucks out of the doors,” she said.

The department also requested the village purchase holsters for 15 new radios the department had received through a grant. These would cost $1,172. And they requested $702 to send two candidates to fire class.

The council was, again, unable to vote on these matters, with only four members present, and voted to table until next month.

Woodyard was named to the position last month, after the council voted to discharge previous police chief Randy Thompson.

He said there had been three drug busts in the village in the past month and that the drug task force had served a warrant based on work of village officers.

“We need to not just go after the users, but tackle the dealers,” he said of the issue.

He also requested the council move to give officers sick time.

“With the pandemic going, we definitely need it,” he said, adding that he had met with fiscal officer Lenny Abrams to come up with a plan the village could afford, which could be presented at the next meeting.

He asked the council to vote to send officers to a clinic for physicals, which would cost $65 each, which was approved.

• Heard from Oldaker about the reinstallation of a traffic light on Big Branch Road.

The mayor said this was being worked on by a team of volunteers before the pandemic began.

She said a pole had been ordered after the council approved the installation, but there was no control panel.

“The old light ran off a restaurant sign,” she said. “And the electric will need redone.”

She said as weather permits, the work will resume.

She noted the volunteers, led by former council member Kenny Wolfe, are doing this at no cost to the village and asked that they be thanked for their work.

• Heard from Oldaker on the condition of the road on North Huntington Heights.

“In past years, it has been ignored,” she said.

She said that she and others had worked to patch the road recently, as best as they could.

But she said the road will need resources beyond what the village has and suggested a campaign to contact State Rep. Jason Stephens and U.S. Rep. Bill Johnson to look for grant funding.

“The way it’s going now, it’s slipping,” she said. “But you are not forgotten. It is just as important as any road down here.”
Webb told the council that the grant funding is available and that they should be able to apply.

• Heard from Oldaker on the work done during the winter storms. She said that she went out with a salt truck and they were able to treat all but Fourth Avenue before the chain came off the truck. But, with help from Nicely’s Towing, they were able to finish the project. She thanked the company, along with council member Larry Estep and residents Vernon Lovejoy and Garren Estep for their assistance.

– The next regular meeting of council is set for 6 p.m. on Monday, April 5. The council also met in a special meeting on Thursday for personnel matters.