PROFILE 2021: Recipe for Success – Musician turns love of baking into a business 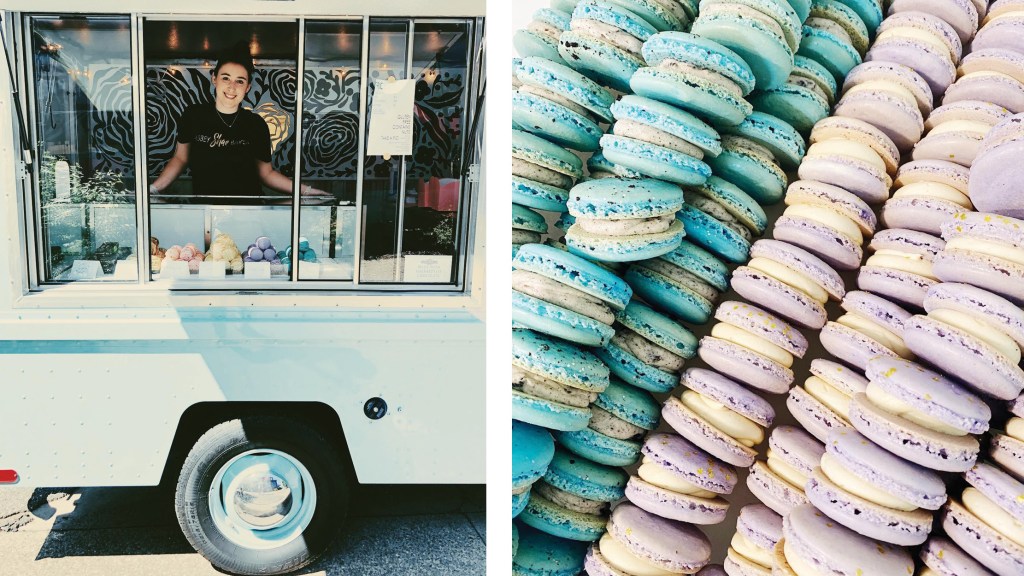 It was two years ago that Proctorville’s Abbey Kimball took her love of baking and began a business that she says has since developed a “mini cult following” in the region with Abbey Shae Bakes.

Kimball had graduated Belmont University with a music degree and said she was unsure of her next move.

“I didn’t know what to do when I graduated,” she said.

She said baking had always been a hobby of hers and she decided to try her hand at French macarons, which many of her friends wanted, but were unable to find locally.

The chewy sandwich cookies consist of two shells, made from pastry mix, confectioners’ sugar and almond flour, with butter cream or jam used inside for flavor.

“They’re very difficult to make,” she said of her early attempts. “There were so many times I wanted to quit.”

After some trial and error, Kimball was able to get them right. She initially would take them to friends at parties, then started doing pop-up sales.

“I would always sell out every time,” she said.

Eventually, she decided to acquire a food truck for the business.

“They were becoming a big deal,” she said. “And there was low overhead, if I wanted to continue to do this.”

She said she has been able to continue to build the business since she got it up and running, traveling around to places such as Pullman Square in Huntington, where she regularly sets up at the Pottery Place, and selling at events such as Chesapeake’s Octoberfest and the Lawrence County Chamber of Commerce’s Festival of Trees and Christmas Market. She has also catered events, and, during the COVID-19 pandemic while events were curtailed, she sat up at one of South Point’s socially-distanced food truck rallies.

Kimball said she is the only baker for the business, though she has two employees who help her with the retail side. She said she has added other items to her offering, such as brownie sandwiches and cookie sandwiches, but it is the macarons that are the big draw.

“The always sell out, and we’re always adding new flavors to those,” she said. “Like birthday cake and lemon.”

As for the future, she said she is looking to expand and get a second truck to enable her to sell at multiple events, while she is hoping to eventually open a brick and mortar business.

“That’s the ultimate goal,” she said.

Kimball said the reception to her treats has been overwhelmingly positive.

“It been really great,” she said. “I had no idea what to expect. It was started as something fun in the moment and it’s been really well received. Our social media outreach has really gotten us to where we are and I’m excited to see where it goes.”