DeWine: Mask order will stay in place for now 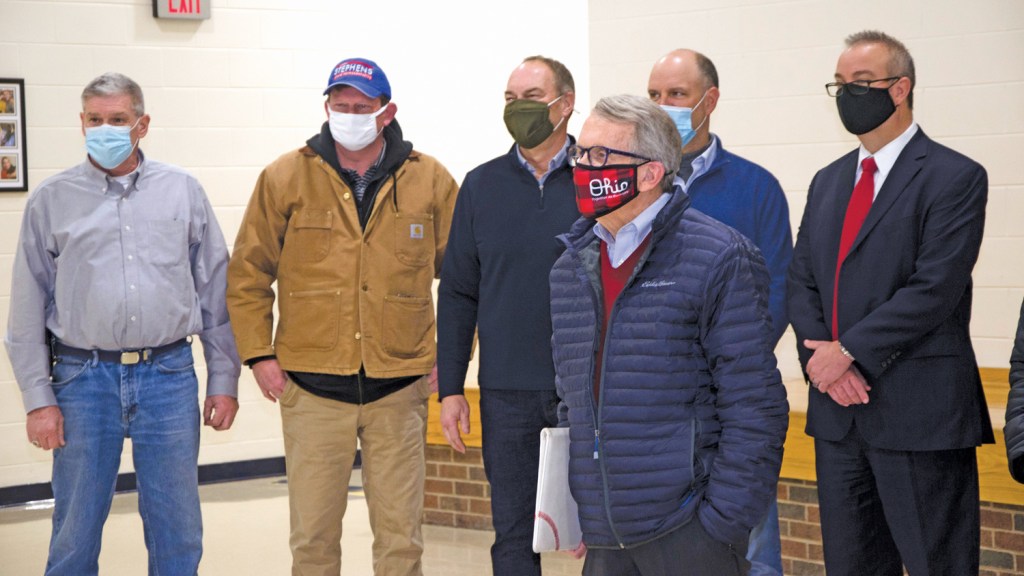 COLUMBUS — Despite some of his fellow Republican governors lifting health orders and mask mandates, Ohio Gov. Mike DeWine says Ohio’s rules will stay in place for now.
DeWine, who appeared on Sunday’s edition of “This Week,” with guest host Martha Raddatz on ABC, said, with vaccinations in full swing in Ohio, the state is finally on the offense against COVID-19.
“But in Ohio, we can’t give up the defense,” he said. “We have found that these masks work exceedingly well. Schools are a prime example. We’ve seen it in retail. Ninety-three percent of Ohioans when they go into a retail establishment are wearing masks, so they’ve done a phenomenal job.”
DeWine again repeated the metric he announced last week, that when there are 50 cases per 100,000 people, the orders will be lifted.
“That’s what the epidemiologists that we consulted said, when we get down to that figure, then we’ll be able to take the health orders off,” he said. “But we’re a ways from that, but we’re moving forward.”
The governor pointed out that the state was at 700 cases per 100,000 people in December.
“We’ve come down a lot,” he said
DeWine was asked why masks should be mandatory and not left up to the public.
“When we put the mask order on and actually started enforcing it, we started — we saw a significant drop in cases, a slow down,” he said. “So we’ve seen it throughout this last year, these masks really, really work and we’re still at a, you know, fairly high level. We’re at 179 cases per 100,000 for two weeks. That is over the high incidence level. High incidence level, according to CDC, is 100 cases.”
DeWine was asked about a school district in Cleveland that voted to continue remote learning, after vaccinations were offered to teachers and staff.
DeWine said he was “confident the situation would be resolved and pointed out that most districts have resumed in-person learning.
“We made a deal,” he said. “Like, candidly, you said it absolutely correctly, we told the schools, if you will go back by March 1 — and a lot of our schools, our rural schools, have been in all year long. But I’m talking about the ones, some of our urban kids, many of our urban kids have been out of school for one whole year. We had to get them back. Absolutely urgent that we did. So we, frankly, we made a deal. We said, look, if you will go back into school — and we made them all sign a paper and we made the superintendents and the CEOs sign a paper, if you go back in school, promise by March 1, we will vaccinate everyone in your school that wants to. And it’s worked exceedingly well and it’s safe because we’re vaccinating the teachers. They need to go back.”