Nelsonville Music Festival off for June 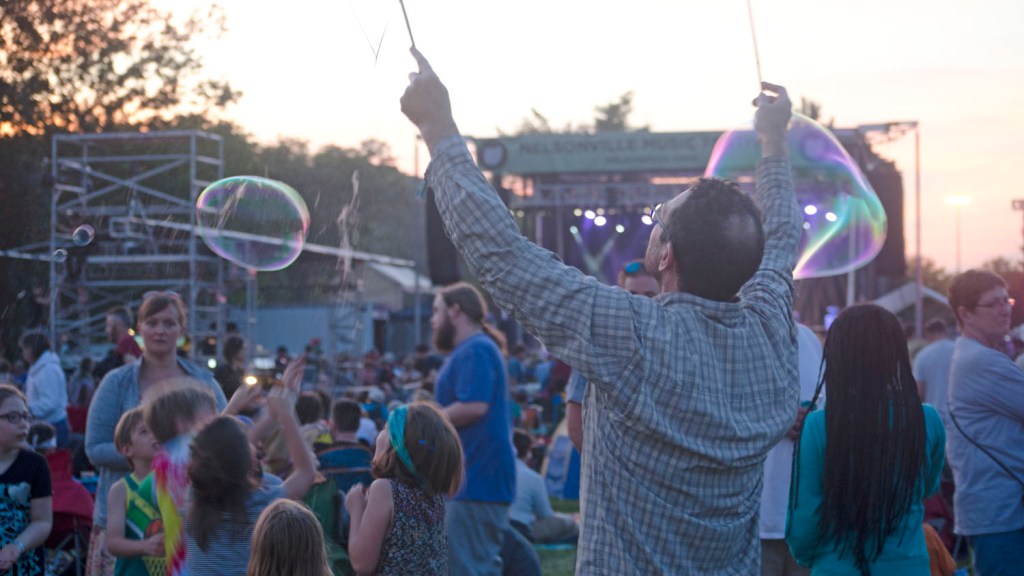 Attendees launch giant bubbles into the air at the 2017 Nelsonville Music Festival. Organizers of the event said the four-day festival will not take place this June for the second year in a row, due to the COVID-19 pandemic. (The Ironton Tribune | Heath Harrison)

NELSONVILLE — With the COVID-19 pandemic still ongoing, it looks like the Nelsonville Music Festival is canceled for another spring.

A news release from the festival last week said that it will not take place in June, when the four-day event usually is scheduled.

“We wanted nothing more than to bring our friends and family together, under the early summer Ohio sky, and remind all of us that we have more things in common than we sometimes remember,” the statement read. “We all love and need live music, art, and community. We will be that community for you again, but just not in person this coming June.”

The 2020 festival was also called off due to the pandemic.

The Nelsonville Music Festival, which takes place over four days on the campus of Hocking College in Nelsonville, launched in 2005 and has grown into one of the region’s biggest music draws, attracting, over the years, a diverse lineup of artists, including Willie Nelson, The Flaming Lips, Ani Difranco, George Jones, Courtney Barnett, Jenny Lewis, Wilco and Randy Newman.

Organizers left the possibility of some sort of shows later this year, stating they hope to roll out smaller events in summer and fall.